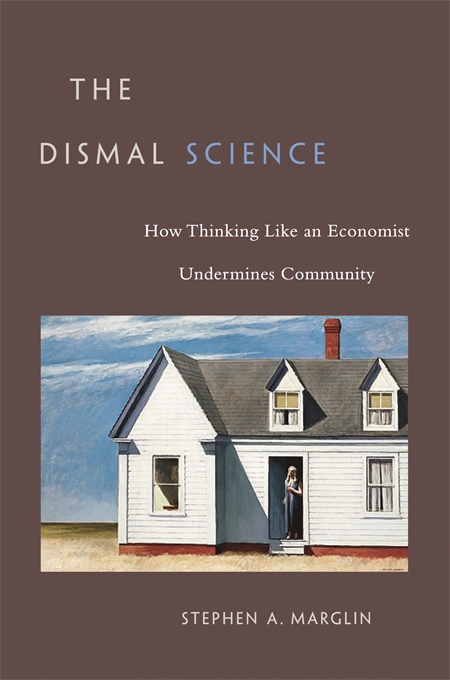 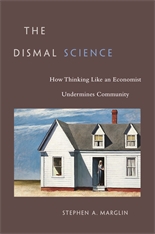 Economists celebrate the market as a device for regulating human interaction without acknowledging that their enthusiasm depends on a set of half-truths: that individuals are autonomous, self-interested, and rational calculators with unlimited wants and that the only community that matters is the nation-state. However, as Stephen A. Marglin argues, market relationships erode community. In the past, for example, when a farm family experienced a setback—say the barn burned down—neighbors pitched in. Now a farmer whose barn burns down turns, not to his neighbors, but to his insurance company. Insurance may be a more efficient way to organize resources than a community barn raising, but the deep social and human ties that are constitutive of community are weakened by the shift from reciprocity to market relations.

Marglin dissects the ways in which the foundational assumptions of economics justify a world in which individuals are isolated from one another and social connections are impoverished as people define themselves in terms of how much they can afford to consume. Over the last four centuries, this economic ideology has become the dominant ideology in much of the world. Marglin presents an account of how this happened and an argument for righting the imbalance in our lives that this ideology has fostered.