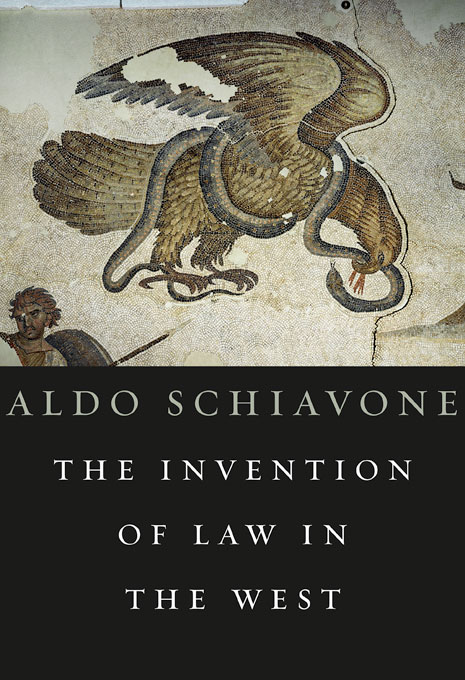 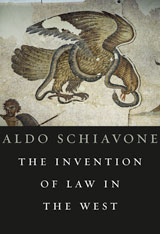 The Invention of Law in the West

Law is a specific form of social regulation distinct from religion, ethics, and even politics, and endowed with a strong and autonomous rationality. Its invention, a crucial aspect of Western history, took place in ancient Rome. Aldo Schiavone, a world-renowned classicist, reconstructs this development with clear-eyed passion, following its course over the centuries, setting out from the earliest origins and moving up to the threshold of Late Antiquity.

The invention of Western law occurred against the backdrop of the Roman Empire’s gradual consolidation—an age of unprecedented accumulation of power which transformed an archaic predisposition to ritual into an unrivaled technology for the control of human dealings. Schiavone offers us a closely reasoned interpretation that returns us to the primal origins of Western legal machinery and the discourse that was constructed around it—formalism, the pretense of neutrality, the relationship with political power. This is a landmark work of scholarship whose influence will be felt by classicists, historians, and legal scholars for decades.