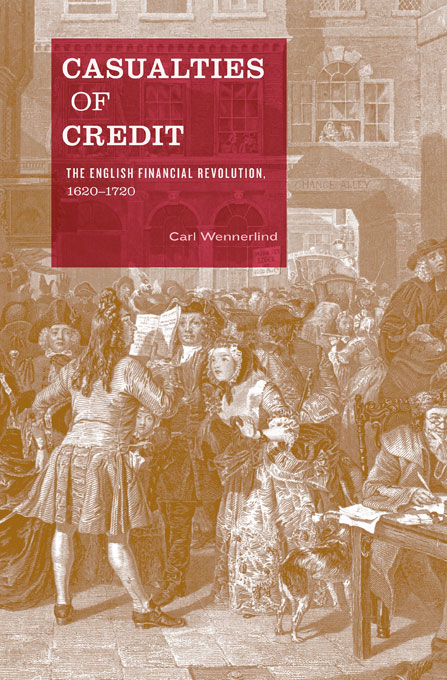 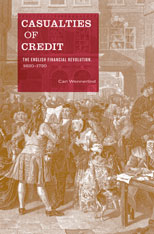 “Recent history makes Wennerlind’s new intellectual history of England’s long ‘financial revolution’ of the seventeenth century of more than ordinary interest. The book describes the rise of credit as a concept that enabled financial innovation on a heretofore unprecedented scale in seventeenth-century England, criticizing some of the assumptions that lay behind this new orientation and thereby exposing the ‘casualties’ of credit that give the book its name. Wennerlind links the history of credit with such diverse phenomena as alchemy, capital punishment, and slavery that have rarely been associated with it by previous historians. Wennerlind’s book is both methodologically and chronologically innovative. He uses intellectual history to illuminate a topic more often explored by social and economic historians… Wennerlind does not simply use the work of financial historians to illuminate the idea of credit; he uses the intellectual history of credit to rethink the concept of the financial revolution itself. In so doing, he demonstrates that the expansion of credit, and the financial revolution engendered by that expansion, had a much more complicated history than previous accounts have realized… The book manages to offer insights into several key, and often unexplored, conceptual connections that can help us begin to understand the intellectual origins of the financial revolution.”—Brian Cowan, Journal of Interdisciplinary History

“Credit makes the world go around but, as recent events have shown, it can also bring it crashing down. By revealing credit’s perilous partners in early modern England, among them alchemy, slavery, and death, Carl Wennerlind’s richly documented study boldly revises the cultural history of the Financial Revolution and puts our current calamities into a salutary long-term perspective.”—David Armitage, author of The Ideological Origins of the British Empire

“This book provides an elegant, engaging, and highly compelling account of the ways in which credit emerged in the seventeenth and eighteenth centuries as topic of discussion and focus of economic innovation.”—Daniel Carey, National University of Ireland, Galway

“This excellent and ambitious book demonstrates how the need to expand credit dominated much of the thinking about the economy in England from the 1620s onward. Wennerlind puts the so-called Hartlib school of the Commonwealth period firmly at the center of a shift in thinking about credit and money in relation to the productive capacity of the economy and poverty. An eloquently written and timely reminder that credit and economic growth have always been inseparable but restless bedfellows.”—Craig Muldrew, Queen’s College, University of Cambridge

“Carl Wennerlind has written a timely and important book explaining why England forged a financial revolution that not only allowed it to become the leading imperial power but also the first industrial nation. Wennerlind shows that state activity was central to overcoming England’s financial limitations. But that state activity in turn depended on innovations in scientific understanding. Ideas were central to explaining the strengths and weaknesses of the new world of finance. Based on exhaustive research, but written in a lively and engaging style, Wennerlind demonstrates that economic affairs should never be treated separately from political, scientific, or moral debates. No one interested in the origins of the modern world, or in the contemporary debt crisis, should miss this book.”—Steven Pincus, Yale University