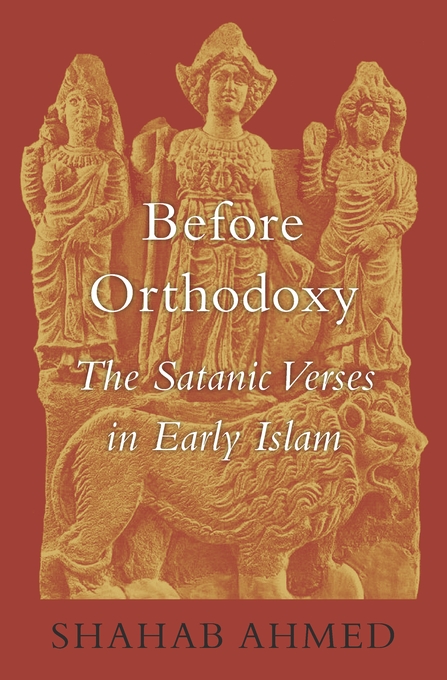 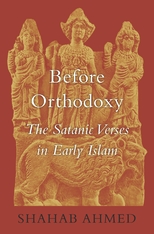 The Satanic Verses in Early Islam

“[Ahmed] was not concerned with whether the Satanic Verses incident really occurred or not. His topic is instead what people believed to have occurred. The results are all the more perceptive (and valuable) for that.”—Bruce Fudge, The Times Literary Supplement

“[Ahmed] offers the most systematic, critical study of an especially important tradition from early Islamic history, the so-called incident of the Satanic verses.”—S. J. Shoemaker, Choice

“The battle over Islamic orthodoxy continues to rage on today, making this work of contemporary relevance… A valuable piece of in-depth scholarship on the formation of the early Islamic community and its discourses about Muslim beliefs and practices.”—Publishers Weekly

“Well organized and clearly written, this work is based upon an exhaustive examination of the sources. The analysis is meticulous, the book sober in its conclusions. Ahmed’s goal is to explain one aspect of the formation of Islamic orthodoxy by investigating ‘how truth happens.’ He makes an important distinction between the three types of source material that make up historical memory discourse: sirah or biography; tafsir or Quranic exegesis; and hadith or prophetic exemplum. Ahmed asks good questions—and he answers them in a convincing manner.”—David Powers, Cornell University

“This has been a long anticipated book, and the wait has been worth it. It is an excellent study of a complicated theological problem in Islamic religious history that has persisted due to the nature of the sources and the role it plays in defining and redefining the character of Muhammad and the nature of revelation. Both a study on what is arguably one of the most fascinating stories about Muhammad and a primer to the field of Islamic studies and the debate on early sources, this will be an instant classic.”—Walid Saleh, University of Toronto