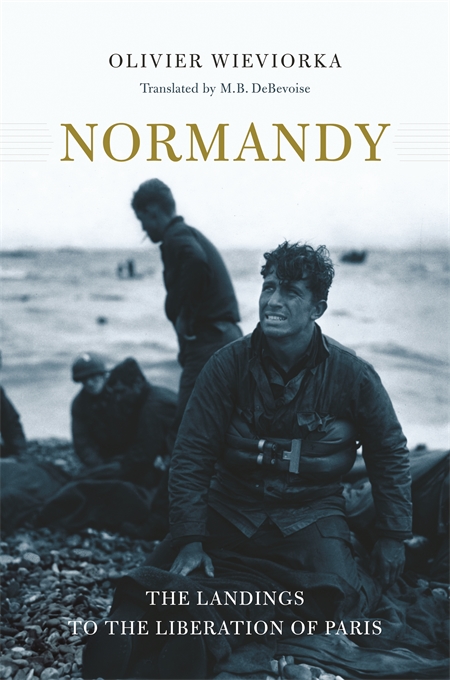 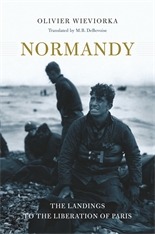 The Landings to the Liberation of Paris

“Possibly the best summary of the Normandy campaign I have yet read… [Wieviorka] brings the contradictory, harsh realities out from the margins into the center of the page.”—Roger K. Miller, The Chicago Sun-Times

“This is a useful and provocative book, drawing our attention to the complex relationship between servicemen, civilians, and national authorities in the newly liberated state.”—Richard Holmes, Financial Times

“Engaging and well written, French historian Wieviorka’s analysis of the Normandy campaign superbly illustrates the political and military complexities of coalition warfare. Perhaps more striking, this cogent narrative of the 1944 Anglo-American amphibious operation and subsequent ground campaign in northwest France powerfully demonstrates the importance of logistics in modern mechanized warfare, the critical role of intelligence and deception in Allied success, and the limitations of airpower in ground operations… Wieviorka’s fresh perspective is thoroughly thought-provoking and a welcome addition to the historiography.”—D.R. Snyder, Choice

“This remarkable work rests on a series of sharp and convincing analyses worthy of a latter-day Thucydides. There isn’t any aspect of the colossal and risky enterprise that Wieviorka has neglected. He is as impressive in interpreting the political calculations and motivations of the leaders as in describing the battles and evaluating the gaps between military plans and achievements. His discussion of the psychological trauma of the Allied soldiers is both moving and essential. On a topic on which so much has been written, Wieviorka has come as close to a definitive treatment as one can expect.”—Stanley Hoffmann, Harvard University