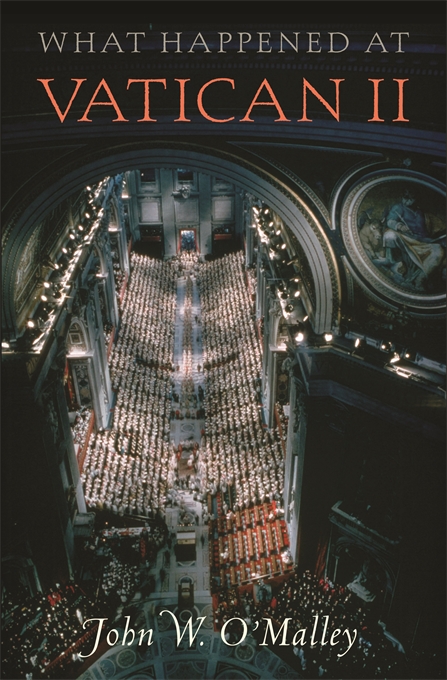 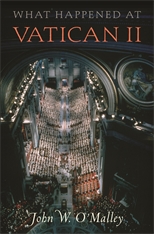 “Father O’Malley has written one of the best and most needed books about [the Second Vatican Council]… [A] superb history… How the bishops took charge of the agenda and radically reshaped the outcome is a story of bold confrontations, clashing personalities and behind-the-scenes maneuvers, all recounted in colorful detail by Father O’Malley. A majority of bishops seemed primed for change, yet the path to final agreement was strewn with obstacles, whether from the stalwarts of the status quo or papal interventions. This is a tale with plenty of cliffhangers.”—Peter S. Steinfels, The New York Times

“[An] acutely observed history of the Council, now the go-to work on ‘what happened at Vatican II.’ [O’Malley] is particularly illuminating when he gives the background and context to the debates (often very heated) that gave birth to its decrees. The narrative might be Whig, but the history is fair—and rivetingly told.”—Edward T. Oakes, S.J., The Wall Street Journal

“Based on my experience of the same events, O’Malley does a truly superior job of reporting the crucial details and capturing the moods and passions of that time. Secondly, he has the advantage of many testimonies not known to us back then. These, too, he handles deftly… O’Malley’s book is a splendid introduction to a story of longed-for change, its good consequences and its sometimes depressing, unintended ones.”—Michael Novak, The Washington Post Book World

“Enthralling, bringing back memories of my student days in Rome, but also supplying a perceptive perspective on those events, especially as the Church was emerging from what O’Malley has aptly called the long nineteenth century. As Pope Francis seeks to fulfil the council’s vision, to the delight of many, but the bewilderment of some, this book makes a wise and entertaining companion and guide.”—Roderick Strange, The Tablet [UK]

“A gripping account of the drama of Vatican II as it played itself out over its four sessions from 1962 to 1965. Far from being a dry analysis of the sixteen conciliar documents, the book concentrates on the debates that frothed beneath the deceptive serenity of these documents. Personalities come to the fore in the contest between the minority of bishops who resisted change and the majority who favored it as desirable and necessary… O’Malley’s emphasis on the importance of style is arguably his greatest contribution to understanding what happened at Vatican II… O’Malley’s book is a helpful remedy for preserving Catholic memory. It rehearses not only what happened at Vatican II for a growing number of readers unfamiliar with the debates and documents but, more important, it gives them a way to think about what happened.”—Hilmar M. Pabel, The Tablet [UK]

“The highest accolade that the late John Tracy Ellis could pay a historian was to say that he had written a ‘rich’ book. There is little doubt that he would have been ready to pronounce that judgment on this book because of O’Malley’s thorough research, lucid presentation, balanced judgments, shrewd insights and elegant style. If you want to know what happened at Vatican II, begin with O’Malley.”—Thomas J. Shelley, America

“In this single volume, O’Malley has filled the need for a readable account that meets three goals: providing the essential storyline from Pope John’s announcement on January 25, 1959, to the council’s conclusion on December 8, 1965; setting the issues that emerged into their historical and theological contexts; and thereby providing ‘some keys for grasping what the council hoped to accomplish.’ …O’Malley analyzes Pope John’s motives and goals, and masterfully lays out the contexts and important issues of the council… O’Malley’s book enables one to re-experience the event of Vatican II and to ask whether its initiatives will ever be fully implemented.”—Bernard P. Prusak, Commonweal

“It”s 50 years since the Second Vatican Council. It can seem a long time ago, or only yesterday. What really went on? In What Happened at Vatican II, John W. O’Malley, historian and theologian, has the story. He unfolds the events, presents the main actors, describes the issues, assesses the results. Serious, but not heavy reading. Just right for a long summer’s evening.”—Michael Fitzgerald, The Tablet [UK]

“An insightful and quite gripping account that brings Vatican II to life in all its complexity. It celebrates a council pastoral rather than condemnatory in spirit, struggling to open the Church to the modern world.”—Ernan McMullin, The Tablet

“Volumes have been written on the council, but O’Malley offers a fresh perspective by setting it in the historical context of earlier councils and by attending to the language of the documents as well as the personalities and politics of the participants… It should appeal to a wide readership, populated as it is by colorful characters and offering an original approach to the study of the council and an authoritative guide through its proceedings and documents. O’Malley conveys a vivid sense of why Vatican II remains a beacon for some and a burden for others in the ongoing conflict between conservatives and liberals—words that, as O’Malley makes clear, are inadequate to describe the complexity of the positions they describe, and the visions invested in them.”—Tina Beattie, The Times Higher Education Supplement

“O’Malley’s book represents a gift from his generation, which experienced the council, to the cohort coming of age today. The signal accomplishment of the book is synthesis. In just four hundred pages, O’Malley provides a thorough yet gripping overview of the lead-up to the council and each of its four sessions. He wisely avoids lengthy quotations from the sixteen documents produced by the council, which are sometimes written in opaque, ‘churchy’ language. Instead, he captures the main points of the texts, as well as the floor debates and behind-the-scenes struggles that generated the council’s drama. He thus fills what has long been a gaping hole: the absence of a single volume written at a popular level that provides a guide to the council—both its actual results and what might have been had the bishops headed in another direction… The book is a major accomplishment, which no doubt will help to keep the memory of the council alive.”—John L. Allen, Jr., Bookforum

“From 1961 to 1965, the world closely watched the proceedings of Vatican II, the Catholic Church’s council on the condition and future of the faith. Georgetown historian O’Malley presents the most thorough account of the proceedings of the council itself, from the time it was declared in 1959 until its conclusion in 1965, fulfilling the book’s title. O’Malley gives a thorough and detailed history of the event, situating it in the longer history of the church and previous councils… O’Malley shows how Vatican II allowed the church to modernize while also remaining true to its traditions and convictions.”—Publishers Weekly

“In this elegant and erudite book, the dean of American historians of Christianity tells the story of Vatican II. As a student, John O’Malley attended sessions of the Council. Now he shows us what happened, sets the Council before a richly reconstructed historical background, and makes clear why it still matters so much. His book will be essential reading for anyone interested in the modern history of the Catholic Church.”—Anthony Grafton

“What Happened at Vatican II offers a one-volume history of the Second Vatican Council that not only tells the story in a way that brings out its drama, but, more importantly, calls the reader’s attention to distinctive features of this council that are crucial for its interpretation. I do not know of any one volume that compares with this book for an in-depth account of what happened at Vatican II and of the factors that were at play in this major event in the life of the church.”—Francis Sullivan, Boston College

“This remarkable book, in places a veritable page-turner, not only recaptures the drama and the struggles of Vatican II, but gets to the very heart of the issues under all the many ramifying words and acts of the Council. The reader can see how awkward and inadequate the familiar oppositions of liberal/conservative and progressive/reactionary are to the passionate struggles that took place. In fact, it was only through a recovery of Biblical and Patristic sources that Vatican II managed to return the Catholic Church to the twentieth-century world, and to open a dialogue which the traumas of the Reformation and French Revolution had inhibited.”—Charles Taylor, author of A Secular Age

“With characteristic acumen and grace, John O’Malley has written a splendid book on Vatican II: the history, the meanings, and above all the enduring importance. Once again we are all in this great scholar’s debt.”—David Tracy

“This is a masterful presentation. It carries the reader deeper into the reality and outcome of Vatican II than do the other existing books on the Council.”—Jared Wicks, Professor Emeritus, Pontifical Gregorian University, Rome

“It is an axiom that Ecumenical Councils take 50 years to assimilate and digest. If so, this clear and readable account of Vatican II is right on time—and on target. O’Malley’s characteristic concision and wide learning luster every page.”—Kenneth L. Woodward, Newsweek Contributing Editor and author of Making Saints