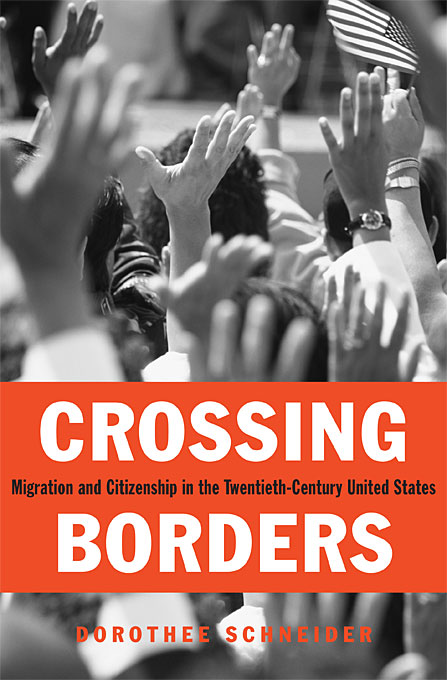 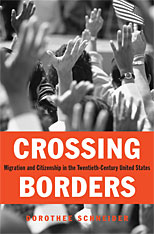 Migration and Citizenship in the Twentieth-Century United States

Aspiring immigrants to the United States make many separate border crossings in their quest to become Americans—in their home towns, ports of departure, U.S. border stations, and in American neighborhoods, courthouses, and schools. In a book of remarkable breadth, Dorothee Schneider covers both the immigrants’ experience of their passage from an old society to a new one and American policymakers’ debates over admission to the United States and citizenship. Bringing together the separate histories of Irish, English, German, Italian, Jewish, Chinese, Japanese, and Mexican immigrants, the book opens up a fresh view of immigrant aspirations and government responses.

Ingenuity and courage emerge repeatedly from these stories, as immigrants adapted their particular resources, especially social networks, to make migration and citizenship successful on their own terms. While officials argued over immigrants’ fitness for admission and citizenship, immigrant communities forced the government to alter the meaning of race, class, and gender as criteria for admission. Women in particular made a long transition from dependence on men to shapers of their own destinies.

Schneider aims to relate the immigrant experience as a totality across many borders. By including immigrant voices as well as U.S. policies and laws, she provides a truly transnational history that offers valuable perspectives on current debates over immigration.