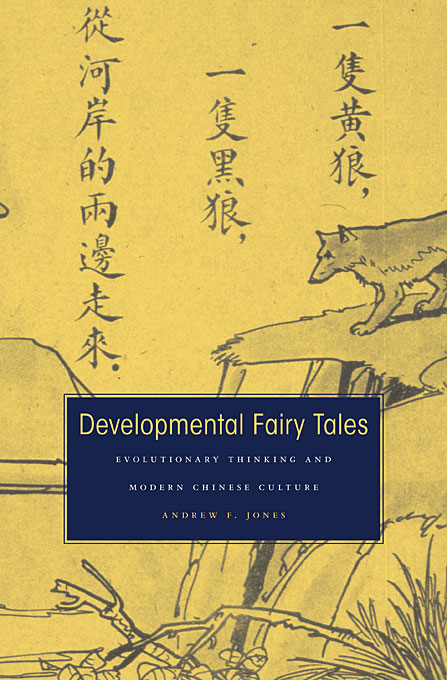 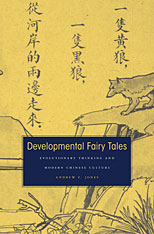 In 1992 Deng Xiaoping famously declared, “Development is the only hard imperative.” What ensued was the transformation of China from a socialist state to a capitalist market economy. The spirit of development has since become the prevailing creed of the People’s Republic, helping to bring about unprecedented modern prosperity, but also creating new forms of poverty, staggering social upheaval, physical dislocation, and environmental destruction.

In Developmental Fairy Tales, Andrew F. Jones asserts that the groundwork for this recent transformation was laid in the late nineteenth century, with the translation of the evolutionary works of Lamarck, Darwin, and Spencer into Chinese letters. He traces the ways that the evolutionary narrative itself evolved into a form of vernacular knowledge which dissolved the boundaries between beast and man and reframed childhood development as a recapitulation of civilizational ascent, through which a beleaguered China might struggle for existence and claim a place in the modern world-system.

This narrative left an indelible imprint on China’s literature and popular media, from children’s primers to print culture, from fairy tales to filmmaking. Jones’s analysis offers an innovative and interdisciplinary angle of vision on China’s cultural evolution. He focuses especially on China’s foremost modern writer and public intellectual, Lu Xun, in whose work the fierce contradictions of his generation’s developmentalist aspirations became the stuff of pedagogical parable. Developmental Fairy Tales revises our understanding of literature’s role in the making of modern China by revising our understanding of developmentalism’s role in modern Chinese literature.