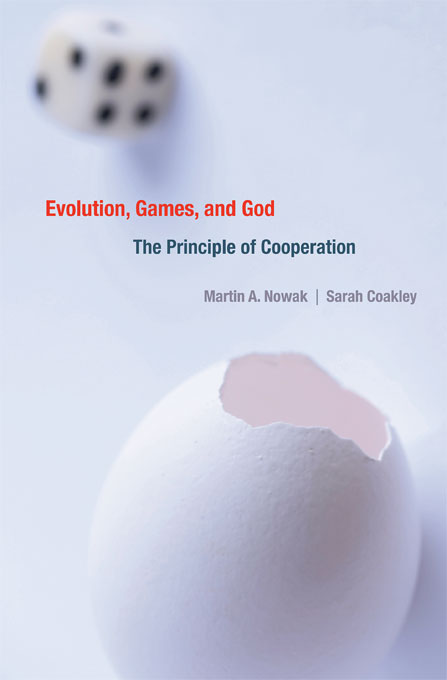 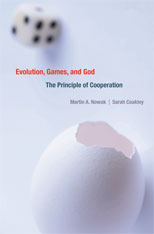 The Principle of Cooperation

Edited by Martin A. Nowak

According to the reigning competition-driven model of evolution, selfish behaviors that maximize an organism’s reproductive potential offer a fitness advantage over self-sacrificing behaviors—rendering unselfish behavior for the sake of others a mystery that requires extra explanation. Evolution, Games, and God addresses this conundrum by exploring how cooperation, working alongside mutation and natural selection, plays a critical role in populations from microbes to human societies. Inheriting a tendency to cooperate, argue the contributors to this book, may be as beneficial as the self-preserving instincts usually thought to be decisive in evolutionary dynamics.

Assembling experts in mathematical biology, history of science, psychology, philosophy, and theology, Martin Nowak and Sarah Coakley take an interdisciplinary approach to the terms “cooperation” and “altruism.” Using game theory, the authors elucidate mechanisms by which cooperation—a form of working together in which one individual benefits at the cost of another—arises through natural selection. They then examine altruism—cooperation which includes the sometimes conscious choice to act sacrificially for the collective good—as a key concept in scientific attempts to explain the origins of morality. Discoveries in cooperation go beyond the spread of genes in a population to include the spread of cultural transformations such as languages, ethics, and religious systems of meaning.

The authors resist the presumption that theology and evolutionary theory are inevitably at odds. Rather, in rationally presenting a number of theological interpretations of the phenomena of cooperation and altruism, they find evolutionary explanation and theology to be strongly compatible.