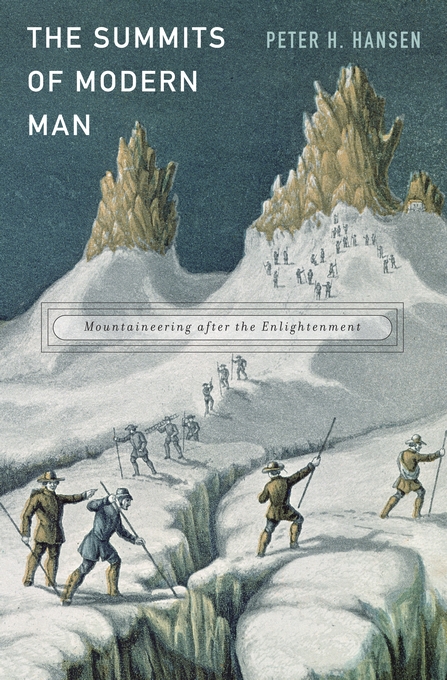 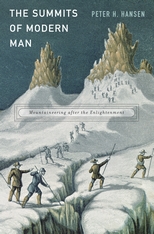 The Summits of Modern Man

Mountaineering after the Enlightenment

The history of mountaineering has long served as a metaphor for civilization triumphant. Once upon a time, the Alps were an inaccessible habitat of specters and dragons, until heroic men—pioneers of enlightenment—scaled their summits, classified their strata and flora, and banished the phantoms forever. A fascinating interdisciplinary study of the first ascents of the major Alpine peaks and Mount Everest, The Summits of Modern Man surveys the far-ranging significance of our encounters with the world’s most alluring and forbidding heights.

Our obsession with “who got to the top first” may have begun in 1786, the year Jacques Balmat and Michel-Gabriel Paccard climbed Mont Blanc and inaugurated an era in which Romantic notions of the sublime spurred climbers’ aspirations. In the following decades, climbing lost its revolutionary cachet as it became associated instead with bourgeois outdoor leisure. Still, the mythic stories of mountaineers, threaded through with themes of imperialism, masculinity, and ascendant Western science and culture, seized the imagination of artists and historians well into the twentieth century, providing grist for stage shows, poetry, films, and landscape paintings.

Today, we live on the threshold of a hot planet, where melting glaciers and rising sea levels create ambivalence about the conquest of nature. Long after Hillary and Tenzing’s ascent of Everest, though, the image of modern man supreme on the mountaintop retains its currency. Peter Hansen’s exploration of these persistent images indicates how difficult it is to imagine our relationship with nature in terms other than domination.