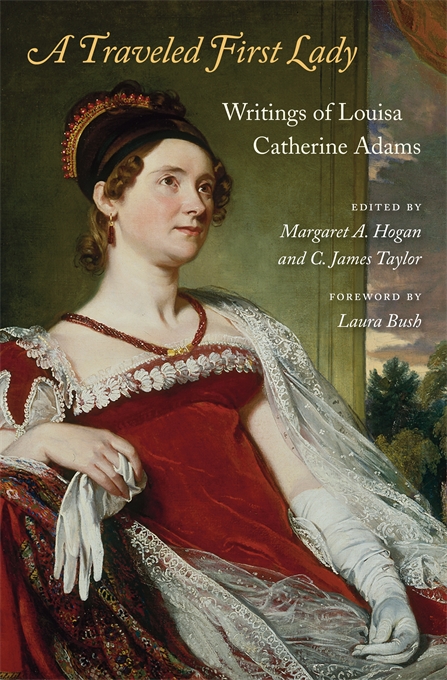 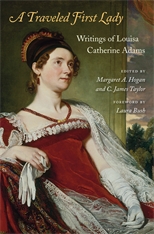 Congress adjourned on 18 May 1852 for Louisa Catherine Adams’s funeral, according her an honor never before offered a first lady. But her life and influence merited this extraordinary tribute. She had been first the daughter-in-law and then the wife of a president. She had assisted her husband as a diplomat at three of the major capitals of Europe. She had served as a leading hostess and significant figure in Washington for three decades. And yet, a century and a half later, she is barely remembered. A Traveled First Lady: Writings of Louisa Catherine Adams seeks to correct that oversight by sharing Adams’s remarkable experiences in her own words.

These excerpts from diaries and memoirs recount her early years in London and Paris (to this day she is the only foreign-born first lady), her courtship and marriage to John Quincy Adams, her time in the lavish courts of Berlin and St. Petersburg as a diplomat’s wife, and her years aiding John Quincy’s political career in Washington. Emotional, critical, witty, and, in the Adams tradition, always frank, her writings draw sharp portraits of people from every station, both servants and members of the imperial court, and deliver clear, well-informed opinions about the major issues of her day.

Telling the story of her own life, juxtaposed with rich descriptions of European courts, Washington political maneuvers, and the continuing Adams family drama, Louisa Catherine Adams demonstrates why she was once considered one of the preeminent women of the nineteenth century.