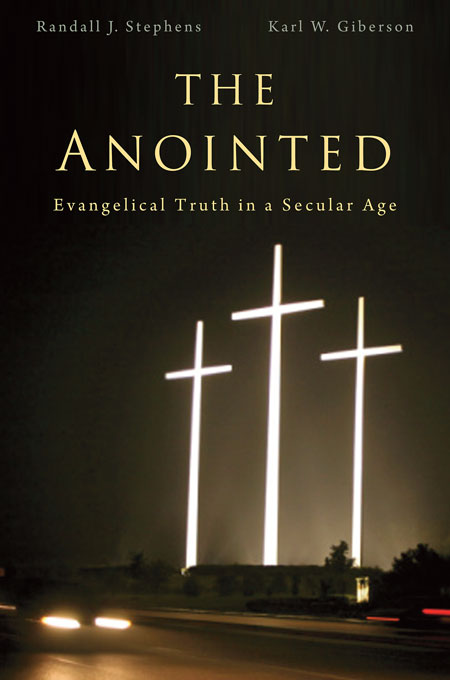 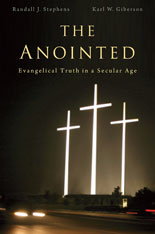 Evangelical Truth in a Secular Age

American evangelicalism often appears as a politically monolithic, textbook red-state fundamentalism that elected George W. Bush, opposes gay marriage, abortion, and evolution, and promotes apathy about global warming. Prominent public figures hold forth on these topics, speaking with great authority for millions of followers. Authors Randall Stephens and Karl Giberson, with roots in the evangelical tradition, argue that this popular impression understates the diversity within evangelicalism—an often insular world where serious disagreements are invisible to secular and religiously liberal media consumers. Yet, in the face of this diversity, why do so many people follow leaders with dubious credentials when they have other options? Why do tens of millions of Americans prefer to get their science from Ken Ham, founder of the creationist Answers in Genesis, who has no scientific expertise, rather than from his fellow evangelical Francis Collins, current Director of the National Institutes of Health?

Exploring intellectual authority within evangelicalism, the authors reveal how America’s populist ideals, anti-intellectualism, and religious free market, along with the concept of anointing—being chosen by God to speak for him like the biblical prophets—established a conservative evangelical leadership isolated from the world of secular arts and sciences.

Today, charismatic and media-savvy creationists, historians, psychologists, and biblical exegetes continue to receive more funding and airtime than their more qualified counterparts. Though a growing minority of evangelicals engage with contemporary scholarship, the community’s authority structure still encourages the “anointed” to assume positions of leadership.