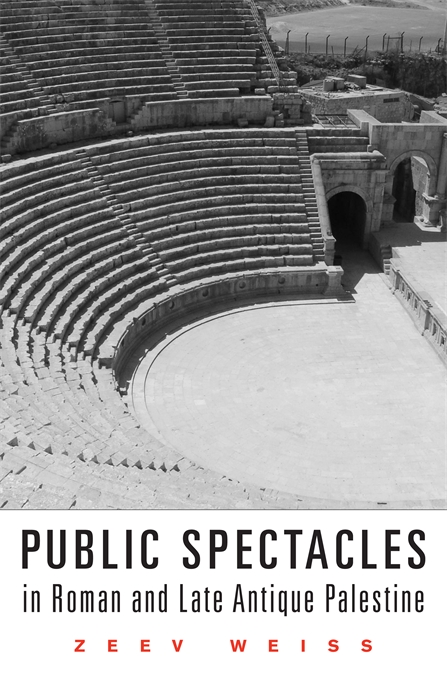 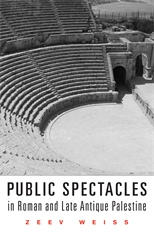 Public Spectacles in Roman and Late Antique Palestine introduces readers to the panoply of public entertainment that flourished in Palestine from the first century BCE to the sixth century CE. Drawing on a trove of original archaeological and textual evidence, Zeev Weiss reconstructs an ancient world where Romans, Jews, and Christians intermixed amid a heady brew of shouts, roars, and applause to watch a variety of typically pagan spectacles.

Ancient Roman society reveled in many such spectacles—dramatic performances, chariot races, athletic competitions, and gladiatorial combats—that required elaborate public venues, often maintained at great expense. Wishing to ingratiate himself with Rome, Herod the Great built theaters, amphitheaters, and hippodromes to bring these forms of entertainment to Palestine. Weiss explores how the indigenous Jewish and Christian populations responded, as both spectators and performers, to these cultural imports. Perhaps predictably, the reactions of rabbinic and clerical elites did not differ greatly. But their dire warnings to shun pagan entertainment did little to dampen the popularity of these events.

Herod’s ambitious building projects left a lasting imprint on the region. His dream of transforming Palestine into a Roman enclave succeeded far beyond his rule, with games and spectacles continuing into the fifth century CE. By then, however, public entertainment in Palestine had become a cultural institution in decline, ultimately disappearing during Justinian’s reign in the sixth century.