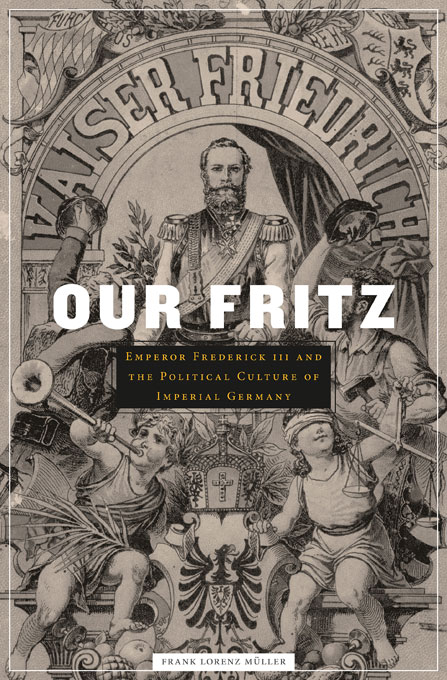 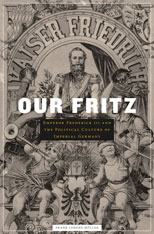 Emperor Frederick III and the Political Culture of Imperial Germany

On June 15, 1888, a mere ninety-nine days after ascending the throne to become king of Prussia and German emperor, Frederick III succumbed to throat cancer. Europeans were spellbound by the cruel fate nobly borne by the voiceless Fritz, who for more than two decades had been celebrated as a military hero and loved as a kindly gentleman. A number of grief-stricken individuals reportedly offered to sacrifice their own healthy larynxes to save the ailing emperor.

Frank Lorenz Müller, in the first comprehensive life of Frederick III ever written, reconstructs how the hugely popular persona of “Our Fritz” was created and used for various political purposes before and after the emperor’s tragic death. Sandwiched between the reign of his ninety-year-old father and the calamitous rule of his own son, the future emperor William II, Frederick III served as a canvas onto which different political forces projected their hopes and fears for Germany’s future. The book moves beyond the myth that Frederick’s humane liberalism would have built a lasting Anglo-German partnership, perhaps even preventing World War I, and beyond the castigations and exaggerations of parties with a different agenda. Surrounded by an unforgettable cast of characters that includes the emperor’s widely hated English wife, Vicky—daughter of Queen Victoria—and the scheming Otto von Bismarck, Frederick III offers in death as well as in life a revealing, poignant glimpse of Prussia, Germany, and the European world that his son would help to shatter.