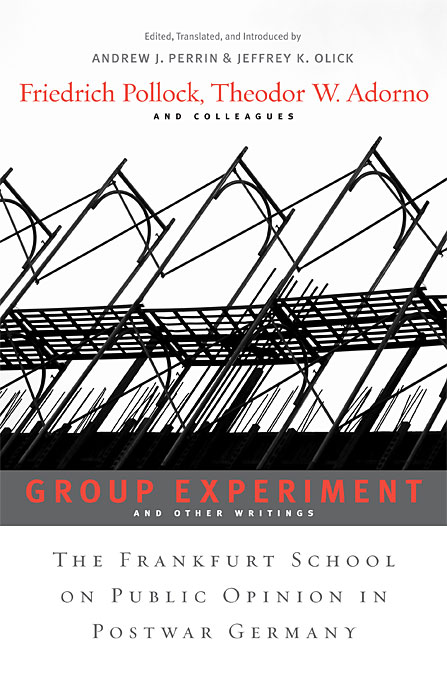 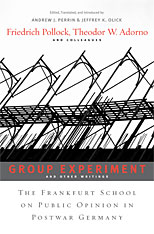 Group Experiment and Other Writings

The Frankfurt School on Public Opinion in Postwar Germany

During the occupation of West Germany after the Second World War, the American authorities commissioned polls to assess the values and opinions of ordinary Germans. They concluded that the fascist attitudes of the Nazi era had weakened to a large degree. Theodor W. Adorno and his Frankfurt School colleagues, who returned in 1949 from the United States, were skeptical. They held that standardized polling was an inadequate and superficial method for exploring such questions. In their view, public opinion is not simply an aggregate of individually held opinions, but is fundamentally a public concept, formed through interaction in conversations and with prevailing attitudes and ideas “in the air.” In Group Experiment, edited by Friedrich Pollock, they published their findings on their group discussion experiments that delved deeper into the process of opinion formation. Andrew J. Perrin and Jeffrey K. Olick make a case that these experiments are an important missing link in the ontology and methodology of current social-science survey research.