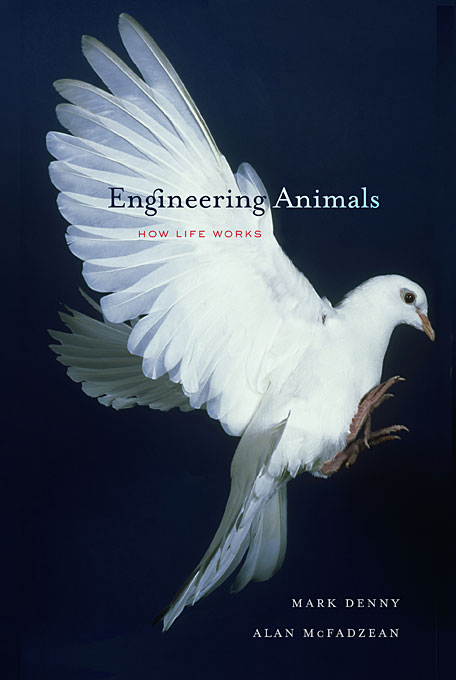 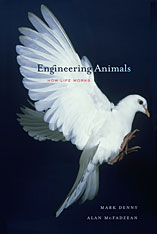 The alarm calls of birds make them difficult for predators to locate, while the howl of wolves and the croak of bullfrogs are designed to carry across long distances. From an engineer’s perspective, how do such specialized adaptations among living things really work? And how does physics constrain evolution, channeling it in particular directions?

Writing with wit and a richly informed sense of wonder, Mark Denny and Alan McFadzean offer an expert look at animals as works of engineering, each exquisitely adapted to a specific manner of survival, whether that means spinning webs or flying across continents or hunting in the dark—or writing books. This particular book, containing more than a hundred illustrations, conveys clearly, for engineers and nonengineers alike, the physical principles underlying animal structure and behavior.

Pigeons, for instance—when understood as marvels of engineering—are flying remote sensors: they have wideband acoustical receivers, hi-res optics, magnetic sensing, and celestial navigation. Albatrosses expend little energy while traveling across vast southern oceans, by exploiting a technique known to glider pilots as dynamic soaring. Among insects, one species of fly can locate the source of a sound precisely, even though the fly itself is much smaller than the wavelength of the sound it hears. And that big-brained, upright Great Ape? Evolution has equipped us to figure out an important fact about the natural world: that there is more to life than engineering, but no life at all without it.