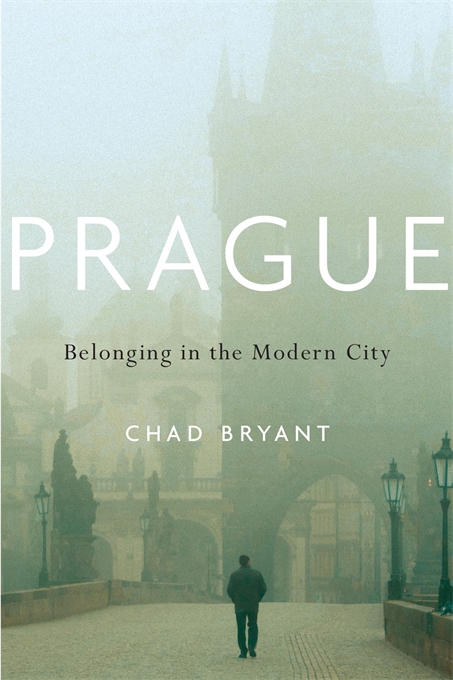 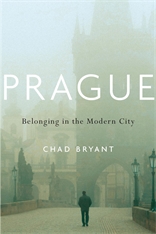 Belonging in the Modern City

“[A] subtle, lyrical book. Like the denizens of many other cities, Praguers have juggled identities for centuries… Chad Bryant concentrates on five fascinating individuals, guiding readers through Czech history along the way.”—The Economist

“What is rich and suggestive is [Bryant’s] tracing of ‘practices of belonging’—strategies which complicate the overarching narratives of Czech history by showing how individuals shape their sense of self within the city—and, specifically, this city, with its vertiginous political and ideological shifts… Prague is an inventive, engaging call to imagine the city not only from the perspective of prophetic panorama, but also from the experience of the citizen on foot.”—Kathryn Murphy, Times Literary Supplement

“Original… The author offers a history of the city as a living organism as told through the life stories of its actual inhabitants.”—Jakub Rakosník, Deník N

“Bryant is to be commended for producing an eminently readable book that weaves together the broader trajectories of Czech history with the more everyday aspects of life in Prague over the last two centuries.”—Joshua Hagen, H-Net Reviews

“Engaging even for the casual reader, and at the same time a masterfully crafted work of scholarship. For historians of Central Europe, the book offers a number of inspiring ideas and concepts that can also be applied to the history of other Central European cities.”—Patrícia Fogelová, Individual and Society

“An exciting work in urban history… By focusing on what it means to live in times of change, to dwell in the city, and to belong in an often fragmented and contested sense of community, Prague extends urban history into a wider interdisciplinary field deeply informed by social theory, spatial thinking, and a rich geographical imagination… Both a pleasure to read and a useful guide to thinking about cities.”—John Pickles, Journal of the Bulgarian Geographical Society

“Brilliant… Prague is a remarkable book and [it] illuminates our ways of inhabiting modern cities in times past and present.”—Nandini Bhattacharya, The Telegraph (India)

“A worthwhile tome for anyone who wants to get under the skin of this fabulous and historic city.”—TripFiction

“Provides differing perspectives of past and present-day Prague. Each nuanced viewpoint (be it German, Czech, revolutionary, communist, or global) captures the imagination by tapping into the sense of belonging and its relationship to nationalism… Evocative and well-researched… Recommended for travelers interested in the history and politics of Prague.”—Library Journal

“A lively jaunt through Czech history from the nineteenth century to the present told via the lives of five individuals who found themselves in Prague searching for a sense of belonging.”—Paulina Bren, author of The Barbizon: The Hotel That Set Women Free

“A beautifully written biography of a city told through the lives of individuals who inhabited it. Bryant goes deep into Prague’s social, political, and cultural history, featuring characters who move between different communities of belonging—Czech-speaking, German-speaking, Jewish, communist, Vietnamese. While this book complicates our understanding of what it means to be ‘Czech,’ it also illuminates the search for belonging across the modern world.”—Tara Zahra, author of The Great Departure: Mass Migration from Eastern Europe and the Making of the Free World

“An innovative, engagingly written book that uses the stories of five Prague residents to subtly upend the traditional narratives of Czech history. Throughout Bryant emphasizes the human element in the search for home and community, showing belonging not only as a practice of pursuing connection, but as an emotional need. The result is a sweeping history of the Bohemian lands, both a masterful synthesis and at the same time highly original.”—Melissa Feinberg, author of Curtain of Lies: The Battle over Truth in Stalinist Eastern Europe

“Prague creates its own niche and then fills it beautifully, with brisk, fluent writing and an appealing mix of historical background and individual stories. In looking at history from below, through the lives of people who don’t quite fit in, Bryant offers a new way of seeing the city as a crossroads of varied cultures and identities.”—Jonathan Bolton, author of Worlds of Dissent: Charter 77, The Plastic People of the Universe, and Czech Culture under Communism