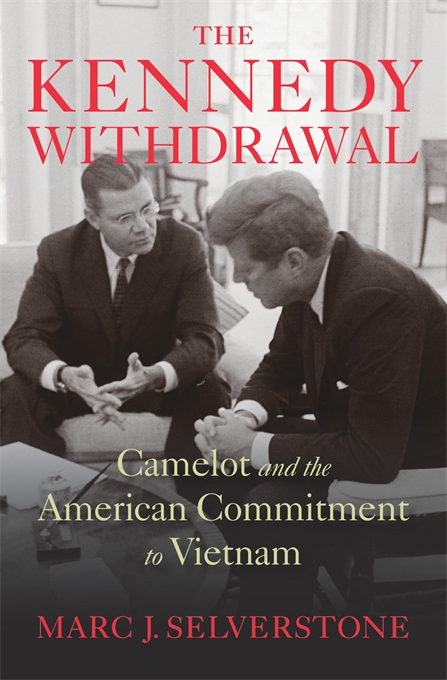 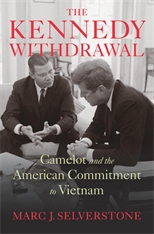 Camelot and the American Commitment to Vietnam

A major revision of our understanding of JFK’s commitment to Vietnam, revealing that his administration’s plan to withdraw was a political device, the effect of which was to manage public opinion while preserving United States military assistance.

In October 1963, the White House publicly proposed the removal of United States troops from Vietnam, earning President Kennedy an enduring reputation as a skeptic on the war. In fact, Kennedy was ambivalent about withdrawal and was largely detached from its planning. Drawing on secret presidential tapes, Marc J. Selverstone reveals that the withdrawal statement gave Kennedy political cover, allowing him to sustain support for U.S. military assistance. Its details were the handiwork of Defense Secretary Robert McNamara, whose ownership of the plan distanced it from the president.

Selverstone’s use of the presidential tapes, alongside declassified documents, memoirs, and oral histories, lifts the veil on this legend of Camelot. Withdrawal planning was never just about Vietnam as it evolved over the course of fifteen months. For McNamara, it injected greater discipline into the U.S. assistance program. For others, it was a form of leverage over South Vietnam. For the military, it was largely an unwelcome exercise. And for JFK, it allowed him to preserve the U.S. commitment while ostensibly limiting it.

The Kennedy Withdrawal offers an inside look at presidential decisionmaking in this liminal period of the Vietnam War and makes clear that portrayals of Kennedy as a dove are overdrawn. His proposed withdrawal was in fact a cagey strategy for keeping the United States involved in the fight—a strategy the country adopted decades later in Afghanistan.