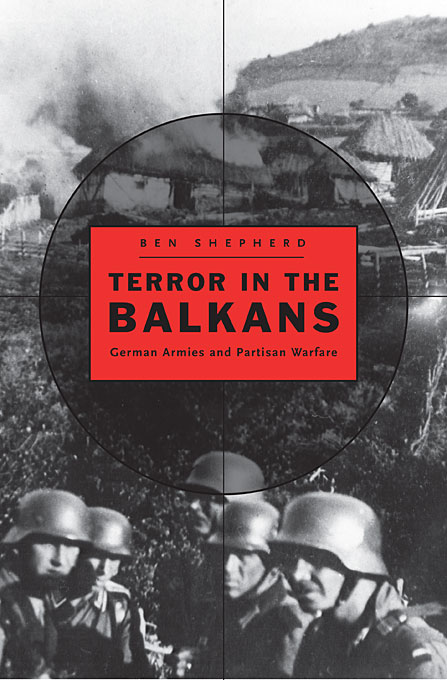 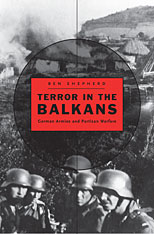 Terror in the Balkans

“In this nuanced analysis of German counterinsurgency operations in the Balkans, 1941–43, Shepherd eschews the facile explanation that Nazi ideology and indoctrination explain the genocidal conduct of German soldiers in WWII. Instead, Shepherd concludes that a multitude of diverse and disparate forces interacted, leading mid-level German commanders to demand, and their soldiers to wage, campaigns of genocide and terror in war-torn Yugoslavia. German commanders were indeed radicalized and brutalized under the Nazi regime’s tutelage, but their actions were also governed by specific social, cultural, and institutional influences that were magnified by the harsh conditions, insoluble ethnic rivalries, and ruthless enemy they encountered. Influenced by his previous work on German anti-partisan operations in the Soviet Union, Shepherd mines the appropriate primary sources and cites the most recent scholarship for this latest effort. If his apologetic qualifications regarding the extant sources create doubts for some readers, these will be quickly dispelled by his adept handling of one of the most vexing issues confronting scholars of Nazi Germany and the Holocaust.”—D.R. Snyder, Choice

“Shepherd’s book is important for a number of reasons. The first and most basic one is the fact that it gives an additional historical dimension to studies about the war on the Balkan front which has not been granted the same generous attention by scholarly research as have other war theaters. Another aspect that Shepherd raises is that an analysis of the murderous manifestation of Nazi ideology is based on principles that had already been formulated at the end of the nineteenth century and were applied in the test case of the Balkan arena… Shepherd’s careful and precise research proves that the Wehrmacht was a partner in the war crimes that Germany executed during the course of the war… His book has the ability as well to cast light on the cultural background for the war crimes and racial murder carried out during the 1990s after the breakup of Yugoslavia.”—Tal Tovy, H-Net Reviews

“A sophisticated look at a bloody chapter in the history of World War II. Avoiding simplistic explanations, Shepherd digs deep into both the archives and the theoretical literature to produce the most convincing explanation yet for the brutality of German anti-partisan operations in Yugoslavia. He is, in particular, the first to locate the origins of the atrocities on the Eastern Front with those officers of the Wehrmacht whose careers began in the Habsburg Army in the First World War. Like his earlier War in the Wild East, Terror in the Balkans is a fresh and provocative book.”—Robert Citino, University of North Texas

“Shepherd brilliantly establishes and contextualizes the Wehrmacht’s central role in Nazi Germany’s campaign of terror and genocide in the Balkans during World War II. Focusing on middle-level field commanders, the work convincingly traces the army’s counterproductive counterinsurgency policies to the officers’ experiences of 1914–1918 and their aftermath.”—Dennis Showalter, Colorado College