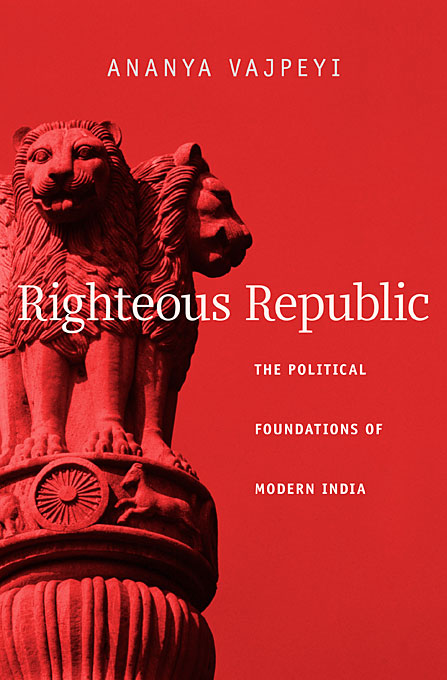 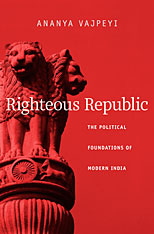 The Political Foundations of Modern India

What India’s founders derived from Western political traditions as they struggled to free their country from colonial rule is widely understood. Less well-known is how India’s own rich knowledge traditions of two and a half thousand years influenced these men as they set about constructing a nation in the wake of the Raj. In Righteous Republic, Ananya Vajpeyi furnishes this missing account, a ground-breaking assessment of modern Indian political thought.

Taking five of the most important founding figures—Mohandas Gandhi, Rabindranath Tagore, Abanindranath Tagore, Jawaharlal Nehru, and B.R. Ambedkar—Vajpeyi looks at how each of them turned to classical texts in order to fashion an original sense of Indian selfhood. The diverse sources in which these leaders and thinkers immersed themselves included Buddhist literature, the Bhagavad Gita, Sanskrit poetry, the edicts of Emperor Ashoka, and the artistic and architectural achievements of the Mughal Empire. India’s founders went to these sources not to recuperate old philosophical frameworks but to invent new ones. In Righteous Republic, a portrait emerges of a group of innovative, synthetic, and cosmopolitan thinkers who succeeded in braiding together two Indian knowledge traditions, the one political and concerned with social questions, the other religious and oriented toward transcendence.

Within their vast intellectual, aesthetic, and moral inheritance, the founders searched for different aspects of the self that would allow India to come into its own as a modern nation-state. The new republic they envisaged would embody both India’s struggle for sovereignty and its quest for the self.