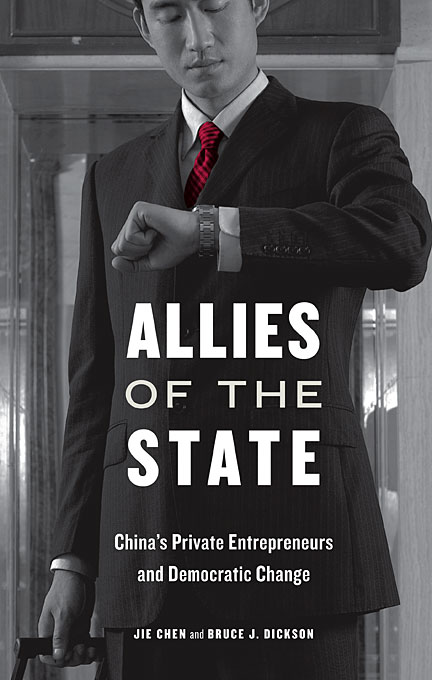 Allies of the State

Jie Chen and Bruce J. Dickson draw on extensive fieldwork as they explore the extent to which China’s private sector supports democracy, surveying more than 2,000 entrepreneurs in five coastal provinces with over 70 percent of China’s private enterprises.

The authors examine who the private entrepreneurs are, how the party-state shapes this group, and what their relationship to the state is. China’s entrepreneurs are closely tied to the state through political and financial relationships, and these ties shape their views toward democracy. While most entrepreneurs favor multi-candidate elections under the current one-party system, they do not support a system characterized by multi-party competition and political liberties, including the right to demonstrate. The key to regime support lies in the capitalists’ political beliefs and their assessment of the government’s policy performance. China’s capitalists tend to be conservative and status-quo oriented, not likely to serve as agents of democratization.

This is a valuable contribution not only to the debates over the prospects for democracy in China but also to understanding the process of democratization around the globe.