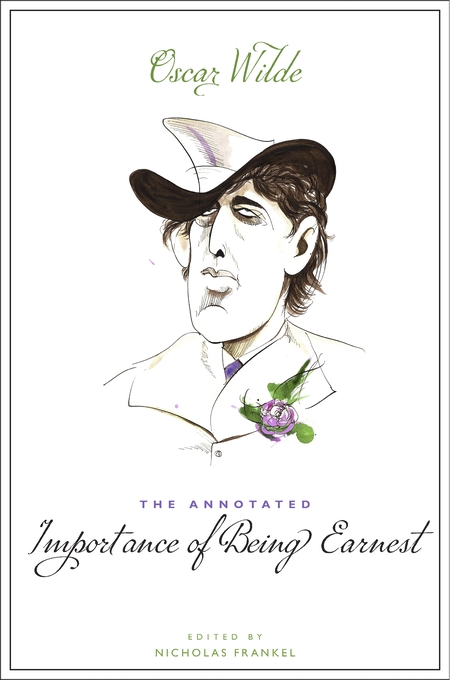 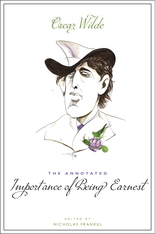 The Annotated Importance of Being Earnest

“The truth is rarely pure and never simple,” declares Algernon early in Act One of The Importance of Being Earnest, and were it either, modern literature would be “a complete impossibility.” It is a moment of sly, winking self-regard on the part of the playwright, for The Importance is itself the sort of complex modern literary work in which the truth is neither pure nor simple. Oscar Wilde’s greatest play is full of subtexts, disguises, concealments, and double entendres. Continuing the important cultural work he began in his award-winning uncensored edition of The Picture of Dorian Gray, Nicholas Frankel shows that The Importance needs to be understood in relation to its author’s homosexuality and the climate of sexual repression that led to his imprisonment just months after it opened at London’s St. James’s Theatre on Valentine’s Day 1895.

In a facing-page edition designed with students, teachers, actors, and dramaturges in mind, The Annotated Importance of Being Earnest provides running commentary on the play to enhance understanding and enjoyment. The introductory essay and notes illuminate literary, biographical, and historical allusions, tying the play closely to its author’s personal life and sexual identity. Frankel reveals that many of the play’s wittiest lines were incorporated nearly four years after its first production, when the author, living in Paris as an exiled and impoverished criminal, oversaw publication of the first book edition. This newly edited text is accompanied by numerous illustrations.