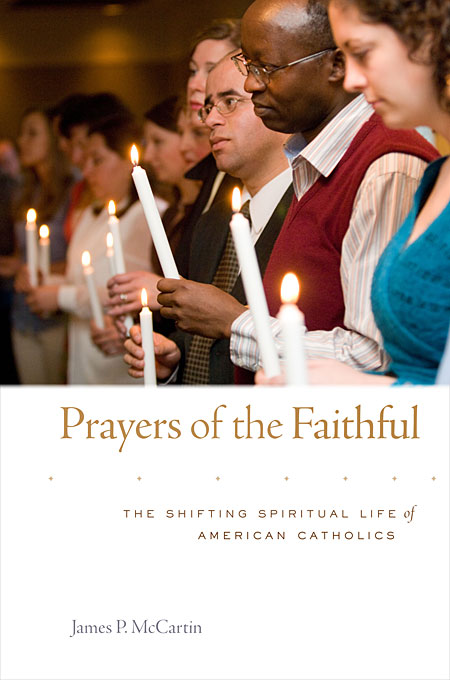 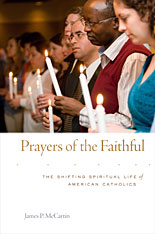 Prayers of the Faithful

A hundred years ago Catholic believers young and old, rich and poor, would fill churches on holy days, drawn together in prayer and in the conviction that they, the laypeople, needed the clergy and patron saints to mediate between them and their God. Today a Catholic believer in America is as likely as not to find God for herself.

This book traces dramatic changes in the practice of faith among American Catholics through evolving ideas about prayer. Where so many have seen the movement of American Catholics away from traditional devotional practices as a symptom of encroaching secularism, author James P. McCartin shows how the changing practice of prayer itself was the primary catalyst behind Catholics’ growing sense of spiritual independence.

Prayers of the Faithful reveals how, over the decades, Catholics’ ways of praying underwent a significant shift alongside the larger transformations of American society and culture. The book documents the novel ways of praying that transcended the formal rites of earlier generations. Whether “praying in tongues” or working on behalf of social justice or participating in public protests as outpourings of prayer, lay Catholics consistently expanded their notions of praying. And in doing so, McCartin suggests, they reshaped and redefined American Catholicism. By examining the spiritual life of prayer over the twentieth century, this book thus opens up new ways of understanding Catholics, their church, and their place in American life.