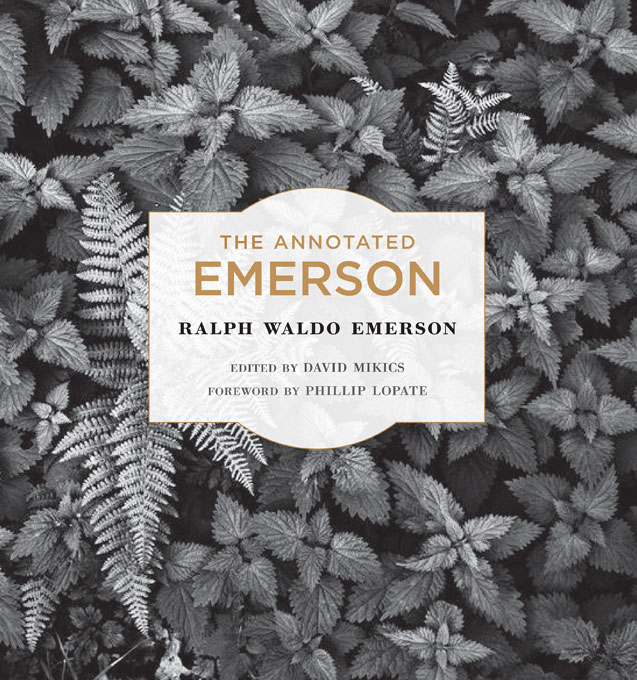 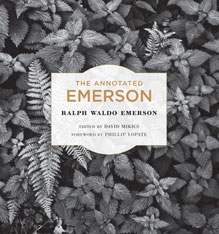 A brilliant essayist and a master of the aphorism (“Our moods do not believe in each other”; “Money often costs too much”), Emerson has inspired countless writers. He challenged Americans to shut their ears against Europe’s “courtly muses” and to forge a new, distinctly American cultural identity. But he remains one of America’s least understood writers. And, by his own admission, he spawned neither school nor follower (he valued independent thought too much). Now, in this annotated selection of Emerson’s writings, David Mikics instructs the reader in a larger appreciation of Emerson’s essential works and the remarkable thinker who produced them.

Full of color illustrations and rich in archival photographs, this volume offers much for the specialist and general reader. In his running commentaries on Emerson’s essays, addresses, and poems, Mikics illuminates contexts, allusions, and language likely to cause difficulty to modern readers. He quotes extensively from Emerson’s Journal to shed light on particular passages or lines and examines Emerson the essayist, poet, itinerant lecturer, and political activist. Finally, in his Foreword, Phillip Lopate makes the case for Emerson as a spectacular truth teller—a model of intellectual labor and anti-dogmatic sanity.

Anyone who values Emerson will want to own this edition. Those wishing to discover, or to reacquaint themselves with, Emerson’s writings but who have not known where or how to begin will not find a better starting place or more reliable guide than The Annotated Emerson.