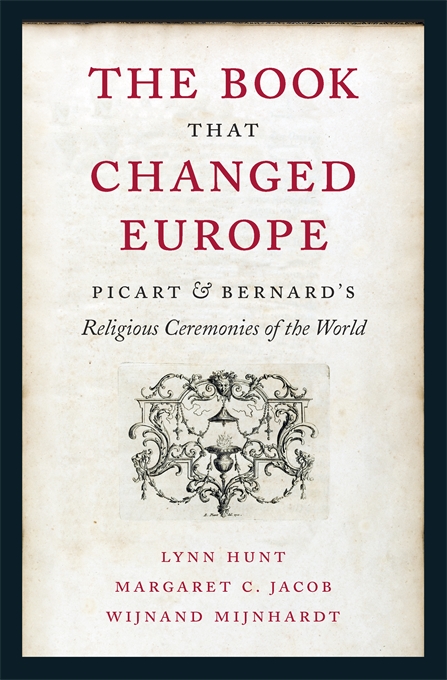 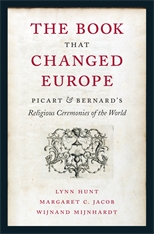 The Book That Changed Europe

Picart and Bernard’s Religious Ceremonies of the World

“A major study of Picart and Bernard’s work… In recent years, a number of historians have reminded us that one could be Enlightened without abandoning Christianity (or Judaism). Calls for bringing religion up to date by setting it on a modern philological and historical basis and by testing its precepts and practices against the touchstone of reason formed a central part of the Enlightenment project—more central, it seems, than calls for strangling the last king in the bowels of the last priest. Hunt, Jacob, and Mijnhardt have added a distinctive chapter to the story.”—Anthony Grafton, New York Review of Books

“[A] wonderful new book… Cutting-edge scholarship… One of the most exciting things about The Book That Changed Europe is that it may serve as a model of how historians should read images.”—Peter N. Miller, New Republic

“[This] stunning new work, The Book That Changed Europe, [is] an exhaustive and exhilarating inquiry into the meaning of Picart and Bernard’s massive undertaking. At once an exercise in scholarship and a tribute to its subject, this volume makes clear why Picart and Bernard ought to be household names, as familiar to us as Voltaire and Diderot… By taking its readers behind the scenes, The Book That Changed Europe helps us to understand what lay behind the enduring impact of its namesake and why it matters in the long run… Equally entertaining and instructive, it makes us care, and care deeply, about the fate of an earlier publication, underscoring the power of words to effect change and touch the heart.”—Jenna Weissman Joselit, The Tablet

“The Book That Changed Europe makes a compelling case that Religious Ceremonies of the World deserves a more prominent place in studies of the Enlightenment. By example, it also makes a compelling case for collaborative historical research… Picart and Bernard’s magnum opus is sure at last to receive the greater recognition it deserves.”—Daniel Stolzenberg, H-France Review

“In The Book that Changed Europe (a book that is almost as absorbing as the book it is about, and that is high praise indeed), historians Lynn Hunt, Margaret C. Jacob, and Wijnand Mijnhardt make clear just what was at stake in Bernard and Picart’s undertaking: they were mapping a way to imagine religious toleration.”—Lauren Winner, Books & Culture

“With this riveting history of a seven-volume marginalized ‘blockbuster’ about world religions (1723–37) and the fascinating men who produced it (author/editor/publisher Jean Frederic Bernard and engraver Bernard Picart), Hunt, Jacob, and Mijnhardt present a marvelous addition to 18th-century studies that meticulously explores faith and metaphysics in the context of society, culture, and biography.”—L. A. Rollo, Choice

“A brilliant and important work about one of the most fascinating books in European history by three of the leading scholars in the world on the Enlightenment.”—John Marshall, Johns Hopkins University

“A penetrating analysis of the overlooked but highly influential book on world religions by Bernard Picart and Jean Frederic Bernard. The authors offer compelling evidence that interaction with the broader world played a vital role in the development of the European Enlightenment. Brilliantly conceived and masterfully written, this could well turn out to be the book that changes our view of European history and modernity.”—Charles H. Parker, author of Faith on the Margins: Catholics and Catholicism in the Dutch Golden Age

“Reflecting the combined expertise of three eminent historians of the Enlightenment, this important book makes a vital contribution to our understanding of the Radical Enlightenment as well as to eighteenth-century European cultural and intellectual history more generally. Well written and highly accessible, the book illuminates a major turning point in European Enlightenment thought and includes many illustrations by one of the premier engravers of the eighteenth century, which few present-day readers will have had the opportunity to see elsewhere.”—Siep Stuurman, author of François Poulain de la Barre and the Invention of Modern Equality