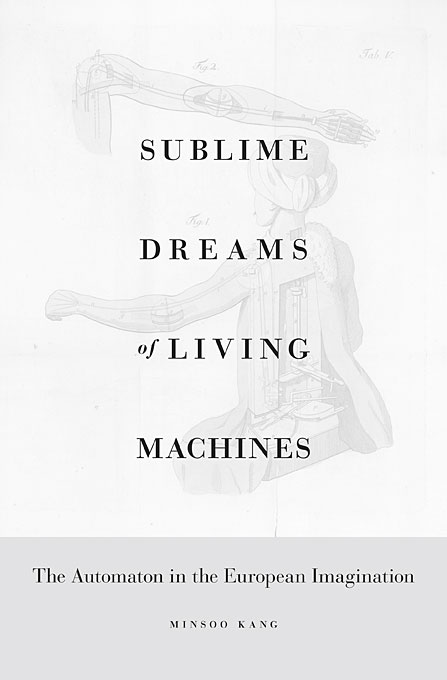 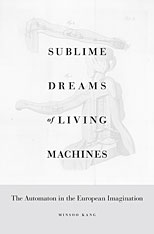 The Automaton in the European Imagination

“Sublime Dreams of Living Machines argues effectively that the automaton is both a central idea and a conceptual tool in the Western imagination. It makes a significant contribution to the field through its broad-spectrum approach to automata not just as performing objects or technological curiosities, but as key material objects for the study of intellectual history… [Kang’s] careful focus on how the significance of the automaton changed from one context to another is matched by his thorough understanding of key theoretical conversations about the intellectual and cultural meaning of the automaton… Critical insights…pepper the book and make for highly compelling reading… Kang’s study makes an important and welcome contribution to the field through its wide range of historical examples and nuanced critical inquiry.”—Kara Reilly, Technology and Culture

“In this broadly synthetic work of outstanding acuity, Kang takes the reader on a fascinating journey through various episodes in European intellectual history, from ancient Greek, medieval and Renaissance magic and mechanics, early modern mechanistic philosophy and mechanical, vitalist and early Romantic revolts against mechanized humanity, 19th-century fantastic literature and protests against the industrial age, all the way down to the figure of the robot in early twentieth century theater and film or more recent narratives of robotic and cybernetic futures in film and science fiction. Kang’s work is distinguished from other writings on the automata by its bold range and balanced attention to literary and fictional works, alongside scientific objects and philosophical discourse. There is scarcely a reference to automata not here considered, all perceptively situated within a richly drawn series of historical contexts. Kang offers a survey in the very best sense, integrating primary and secondary accounts of automata and artificial life, all the while probing the centuries-long fascination with and anxiety about mechanical bodies that resemble living beings. In fluent yet erudite prose, Kang presents a captivating and accessible narrative about the provocative figure of a self-moving machine.”—Joan Landes, Pennsylvania State University