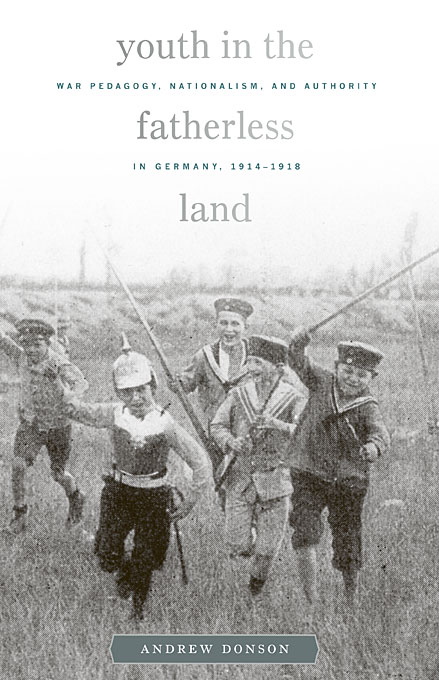 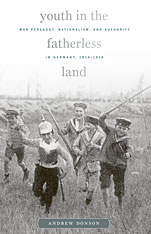 Youth in the Fatherless Land

The first comprehensive history of German youth in the First World War, this book investigates the dawn of the great era of mobilizing teenagers and schoolchildren for experiments in state-building and extreme political movements like fascism and communism. It investigates how German teachers could be legendary for their sarcasm and harsh methods but support the world’s most vigorous school reform movement and most extensive network of youth clubs. As a result of the war mobilization, teachers, club leaders, and authors of youth literature instilled militarism and nationalism more deeply into young people than before 1914 but in a way that, paradoxically, relaxed discipline.

In Youth in the Fatherless Land, Andrew Donson details how Germany had far more military youth companies than other nations—as well as the world’s largest Socialist youth organization, which illegally agitated for peace and a proletarian revolution. Mass conscription also empowered female youth, particularly in Germany’s middle-class youth movement, the only one anywhere that fundamentally pitted itself against adults. Donson addresses discourses as well as practices and covers a breadth of topics, including crime, work, sexuality, gender, family, politics, recreation, novels and magazines, social class, and everyday life.