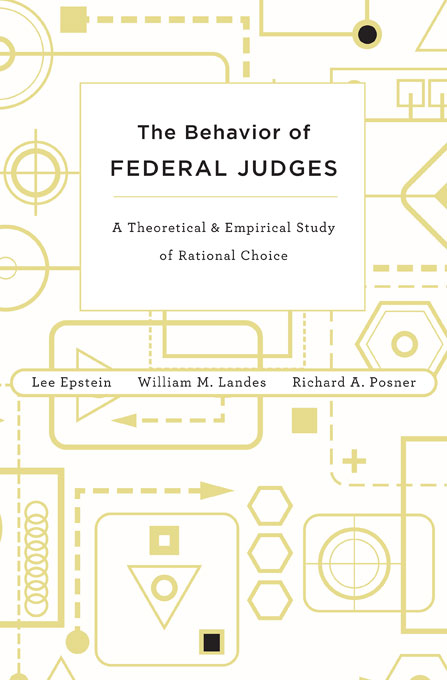 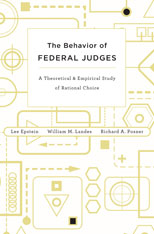 The Behavior of Federal Judges

A Theoretical and Empirical Study of Rational Choice

“[The Behavior of Federal Judges] provides the most comprehensive and detailed empirical analysis yet of the role played by ideology and political affiliation in judicial decision making… It collects and analyzes a daunting amount of data.”—Adam Liptak, The New York Times

“The most detailed and elaborate quantitative analysis of the federal judiciary to date… [The authors] show that the role of judicial ideology gets a lot bigger as we move up the judicial hierarchy… Epstein, Landes, and Posner have produced the best and most comprehensive study of judicial behavior by reference to quantitative measures and statistical analysis. Their book will almost certainly define the field for many years to come… Epstein, Landes, and Posner have performed an important service in establishing the truths, and the limits, of both legalism and realism.”—Cass R. Sunstein, The New Republic

“Epstein, Landes, and Posner have written a brilliant book that ultimately shows the importance of the individual judge or justice to the outcome of cases. The Behavior of Federal Judges shows that who is on the bench matters enormously. It is a work that will shape discussions and research about the federal courts for many years to come.”—Erwin Chemerinsky, Judicature

“The Behavior of Federal Judges has the potential to radically reorient the entire field of research into judicial behavior, one of the most exciting fields in law, economics, and political science. Epstein, Landes, and Posner go beyond the artificial divisions amongst these fields, and show how their different perspectives can be combined into a powerful model that not only makes enormous sense theoretically, but is backed by a mountain of data across all levels of the federal judiciary. I have little doubt that, in the years to come, this book will be seen as having begun a new type of scholarship on judicial behavior and institutions.”—Mitu Gulati, Duke University School of Law

“The Behavior of Federal Judges sets out to be the definitive book on the subject of judicial behavior. The authors establish a new mainstream in this exciting field—a unified model of judicial behavior that incorporates legal, economic, and political perspectives. There is no question that this book is a major work, providing both a benchmark and an agenda for future work.”—William H. J. Hubbard, University of Chicago Law School