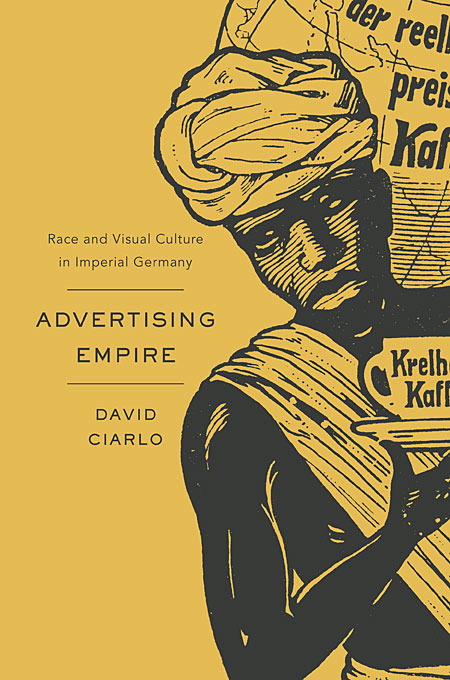 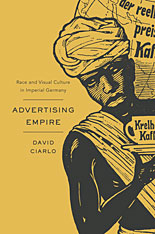 At the end of the nineteenth century, Germany turned toward colonialism, establishing protectorates in Africa, and toward a mass consumer society, mapping the meaning of commodities through advertising. These developments, distinct in the world of political economy, were intertwined in the world of visual culture.

David Ciarlo offers an innovative visual history of each of these transformations. Tracing commercial imagery across different products and media, Ciarlo shows how and why the “African native” had emerged by 1900 to become a familiar figure in the German landscape, selling everything from soap to shirts to coffee. The racialization of black figures, first associated with the American minstrel shows that toured Germany, found ever greater purchase in German advertising up to and after 1905, when Germany waged war against the Herero in Southwest Africa. The new reach of advertising not only expanded the domestic audience for German colonialism, but transformed colonialism’s political and cultural meaning as well, by infusing it with a simplified racial cast.

The visual realm shaped the worldview of the colonial rulers, illuminated the importance of commodities, and in the process, drew a path to German modernity. The powerful vision of racial difference at the core of this modernity would have profound consequences for the future.