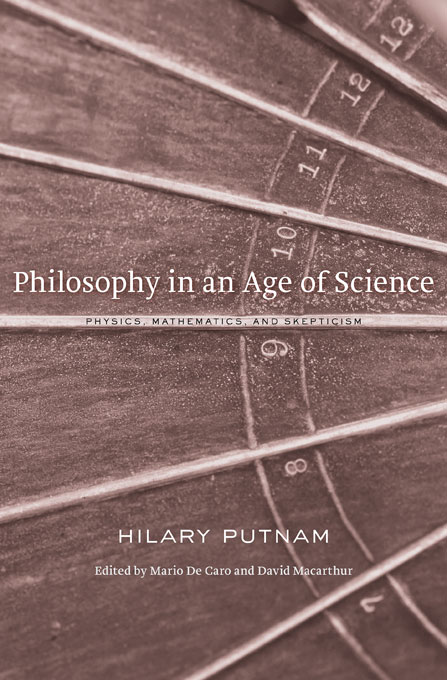 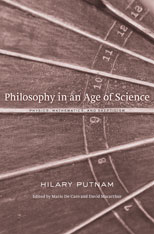 Philosophy in an Age of Science

Hilary Putnam’s unceasing self-criticism has led to the frequent changes of mind he is famous for, but his thinking is also marked by considerable continuity. A simultaneous interest in science and ethics—unusual in the current climate of contention—has long characterized his thought. In Philosophy in an Age of Science, Putnam collects his papers for publication—his first volume in almost two decades.

Mario De Caro and David Macarthur’s introduction identifies central themes to help the reader negotiate between Putnam past and Putnam present: his critique of logical positivism; his enduring aspiration to be realist about rational normativity; his anti-essentialism about a range of central philosophical notions; his reconciliation of the scientific worldview and the humanistic tradition; and his movement from reductive scientific naturalism to liberal naturalism. Putnam returns here to some of his first enthusiasms in philosophy, such as logic, mathematics, and quantum mechanics. The reader is given a glimpse, too, of ideas currently in development on the subject of perception.

Putnam’s work, contributing to a broad range of philosophical inquiry, has been said to represent a “history of recent philosophy in outline.” Here it also delineates a possible future.