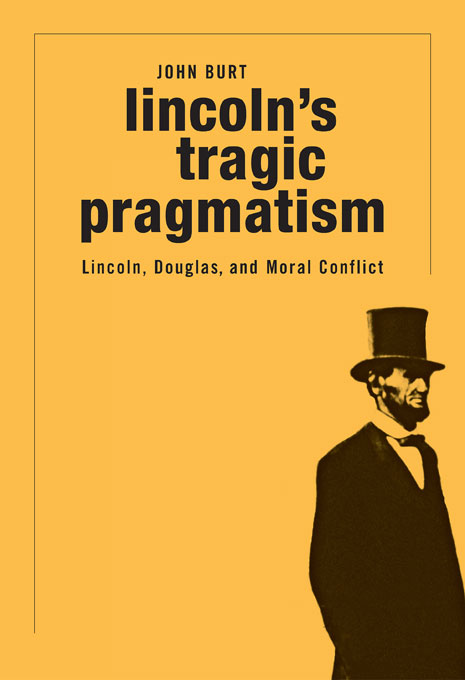 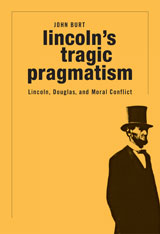 “John Burt has written a work that every serious student of Lincoln will have to read… Burt refracts Lincoln through the philosophy of Kant, Rawls, and contemporary liberal political theory. His is very much a Lincoln for our time.”—Steven B. Smith, The New York Times Book Review

“I’m making space on my overstuffed shelves for Lincoln’s Tragic Pragmatism. This is a book I expect to be picking up and thumbing through for years to come.”—Jim Cullen, History News Network

“Burt treats the [Lincoln–Douglas] debates as being far more significant than an election contest between two candidates. The debates represent profound statements of political philosophy and speak to the continuing challenges the U.S. faces in resolving divisive moral conflicts.”—E. C. Sands, Choice

“John Burt writes with real penetration about the arguments that informed the rise to power of the greatest genius of American democracy. At once a detailed history of the crisis of the 1850s and a searching essay on the moral basis of politics, this book goes far to answer two questions: why did Lincoln believe that compromise was the heart of normal politics, and how did he come to define a moment when normal politics must end?”—David Bromwich, author of A Choice of Inheritance

“Lincoln’s Tragic Pragmatism is a brilliant, ground-breaking book with fresh insights on almost every page. No one has analyzed the ironies and problems of liberal politics with the rigor, depth, and subtlety Burt displays here. He redeems (or recovers) Stephen Douglas’s reputation as a writer, speaker, and political thinker, and, through his deep engagement with Lincoln’s writings, Burt also makes the best case available for the significance of Lincoln as a literary figure. And Burt’s conclusions about the limits of liberal politics, about democracy itself being the barrier to ending a pervasive evil, have deep resonances for nations today.”—John Stauffer, author of The Black Hearts of Men

“Thoroughly informed by historical learning and philosophical sophistication, literary critic John Burt provides a detailed analysis of the Lincoln–Douglas debates in their original context, scrupulously fair to both parties. This is the most profound exploration of the enduring significance of Lincoln’s rhetoric since Harry Jaffa’s classic [Crisis of the House Divided] of 1959. A magnificent achievement.”—Daniel Walker Howe, author of What Hath God Wrought: The Transformation of America, 1815–1848