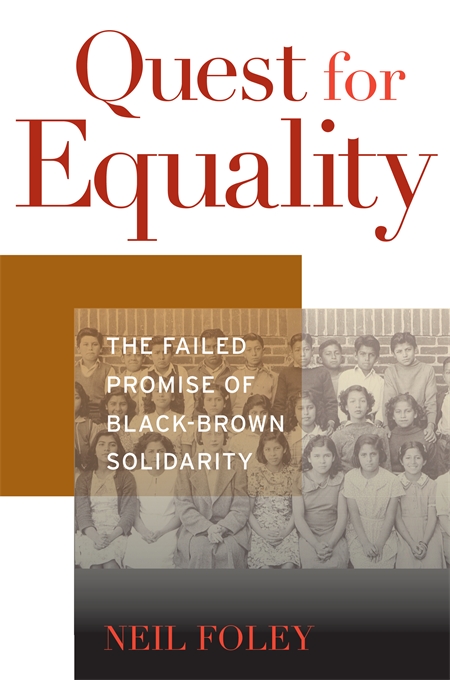 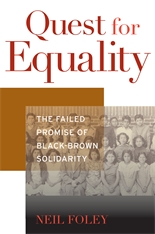 The Failed Promise of Black-Brown Solidarity

As the United States championed principles of freedom and equality during World War II, it denied fundamental rights to many non-white citizens. In the wake of President Franklin Roosevelt’s “Good Neighbor” policy with Latin America, African American and Mexican American civil rights leaders sought ways to make that policy of respect and mutual obligations apply at home as well as abroad. They argued that a whites-only democracy not only denied constitutional protection to every citizen but also threatened the war effort and FDR’s aims.

Neil Foley examines the complex interplay among regional, national, and international politics that plagued the efforts of Mexican Americans and African Americans to find common ground in ending employment discrimination in the defense industries and school segregation in the war years and beyond. Underlying differences in organizational strength, political affiliation, class position, and level of assimilation complicated efforts by Mexican and black Americans to forge strategic alliances in their fight for economic and educational equality. The prospect of interracial cooperation foundered as Mexican American civil rights leaders saw little to gain and much to lose in joining hands with African Americans.

Over a half century later, African American and Latino civil rights organizations continue to seek solutions to relevant issues, including the persistence of de facto segregation in our public schools and the widening gap in wealth and income in America. Yet they continue to grapple with the difficulty of forging solidarity across lines of cultural, class, and racial-ethnic difference, a struggle that remains central to contemporary American life.