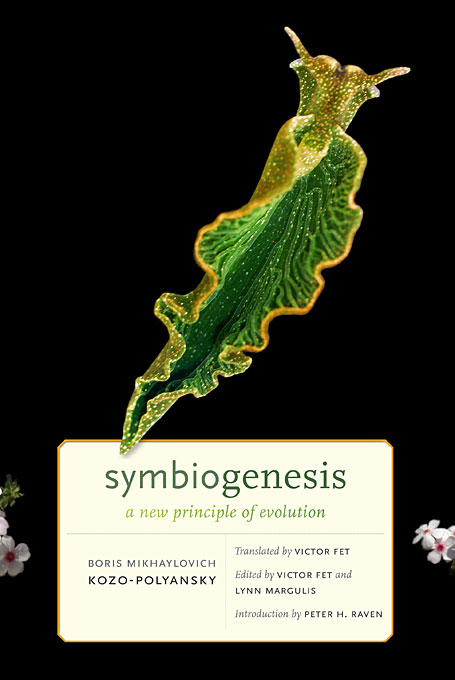 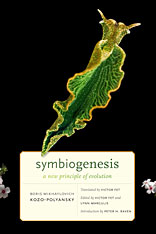 A New Principle of Evolution

Edited and translated by Victor Fet

“Aiming to acquaint readers with the history of symbiogenesis theory, this excellent book accomplishes more than a mere presentation of a translated work originally written in the 1920s. Margulis and Fet have brought forth a gem of evolutionary thinking, essentially lost because it was published in Russian, which shows how the development of modern symbiogenesis theory (particularly that of Margulis) was anticipated (and would have been greatly aided) by the late botanist Kozo-Polyansky’s work. It is a commendable piece of scholarship to present a publication that, in many ways, ‘scoops’ the author’s own contributions to the field, if only in retrospect. Fet and Margulis, however, not only revive the book, they bring it fully into the sweep of modern theory by clearly and succinctly translating the original terms into their modern equivalents and correcting for the reader the statements by Kozo-Polyansky that have not held up over the intervening 85-plus years. Their insertions into the text are clearly marked and succinct, and do not detract from the original. Indeed, the book is as much a summary of the way science self-corrects and refines itself as it is a presentation of Kozo-Polyansky’s work.”—S. J. Oliver, Choice

“How could this book not have been a part of evolutionary biology since its publication in 1924? …What a difference it would have in the ‘evolutionary synthesis’ if this book were easily in the hands of biologists in German or English translation!”—William Provine, Cornell University

“The differences between prokaryotes and eukaryotes are much more deep and fundamental than, for example, those between higher animals and higher plants. Numerous facts, especially those from cytology of simplest eukaryotic organisms, support the views of Kozo-Polyansky–Margulis. The eukaryotic cell, compared to a prokaryotic cell, is already rather some sort of ‘supercell.’ A specific ‘assembly’ of a complex eukaryotic system from already largely ‘prefabricated parts’ took place during the process of evolution.”—Armen Takhtajan, Komarov Botanical Institute, Russian Academy of Sciences