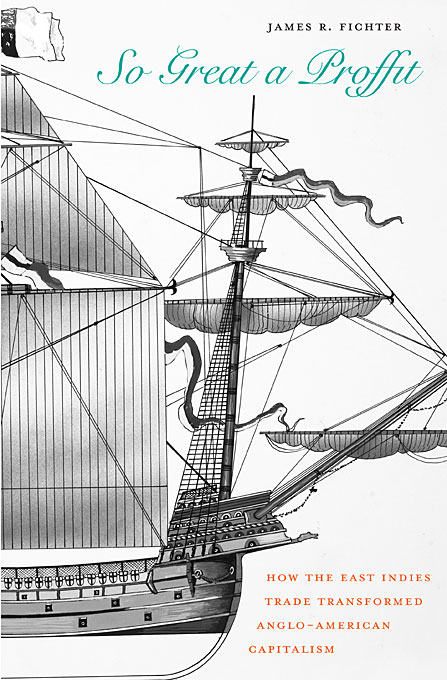 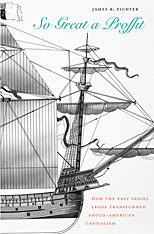 So Great a Proffit

In a work of sweep and ambition, James Fichter explores how American trade proved pivotal to the evolution of capitalism in the United States and helped to shape the course of the British Empire.

Before the American Revolution, colonial merchants were part of a trading network that spanned the globe. After 1783, U.S. merchants began trading in the East Indies independently, creating a new class of investor-capitalists and the first generation of American millionaires. Such wealth was startling in a country where, a generation earlier, the most prosperous Americans had been Southern planters. This mercantile elite brought its experience and affluence to other sectors of the economy, helping to concentrate capital and create wealth, and paving the way for the modern business corporation.

Conducted on free trade principles, American trade in Asia was so extensive that it undermined the monopoly of the British East India Company and forced Britain to open its own free trade to Asia. The United States and the British Empire thus converged around shared, Anglo-American free-trade ideals and financial capitalism in Asia. American traders also provided a vital link to the Atlantic world for Dutch Java and French Mauritius, and were at the vanguard of Western contact with Polynesia and the Pacific Northwest.

Based on an impressive array of sources from Europe, Asia, Africa, and the United States, this pathbreaking book revolutionizes our understanding of the early American economy in a global context and the relationship between the young nation and its former colonial master.