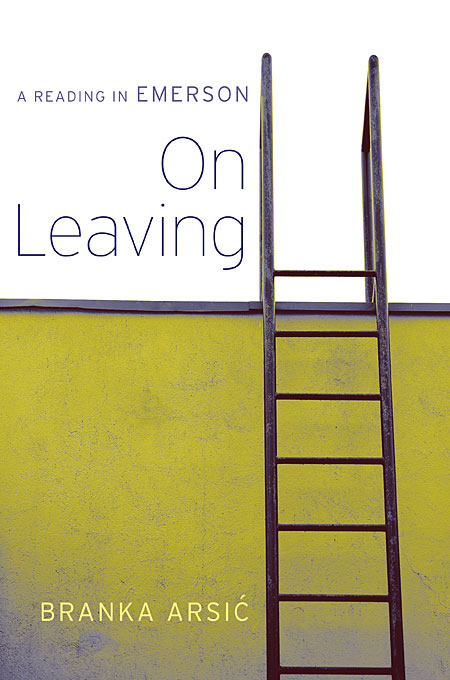 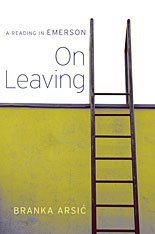 A Reading in Emerson

“Branka Arsić’s On Leaving: A Reading in Emerson is an intellectual feast… Arsić calls herself an ‘archaeologist of Emerson’s thinking,’ no easy task considering not just the amount of Emerson’s writing (the journals alone run to sixteen volumes) but its relentless idiosyncrasy… Arsić makes Emerson into one of the great nineteenth-century moderns… It is no exaggeration to say that On Leaving will take its place among the benchmarks of Emerson scholarship of the past hundred years… One can’t help but be captivated by Arsić’s archaeology. And even if we remain (alertly, admiringly) skeptical about the idea of winding Emerson’s unruly intelligence around a single idea, that doesn’t make this book any less fun to read or any less essential.”—Paul Grimstad, Bookforum

“Branka Arsić’s On Leaving excavates passages from Emerson’s letters, lectures, and essays, both the celebrated and the less well known. These passages uncannily ground one another in Arsić’s thrilling analysis, revealing something like a cross-section of Emersonian thinking. Her readings contribute to a broader investigation of the epistemological, ethical, and political implications of the transitory and the nomadic in everyday life. This book will be important to anyone who prizes a scrupulous and original examination of an intriguing and difficult topic. It contains some of the best writing on Emerson in the past decade.”—Sharon Cameron, Johns Hopkins University

“Arsić’s book is essential reading for anyone thinking about Emerson. It is one of the most important and certainly most original books ever published on Emerson. No one should read his work seriously again without reading Arsić as a companion. She makes Emerson the thinker for our moment.”—Virginia Jackson, Tufts University

“Arsić unveils an Emerson we have not seen before, a compelling new Emerson, emphatically urban, modern, and cosmopolitan. Arsić gives us an Emerson to set next to Baudelaire (who admired and quoted Emerson) and Benjamin and Simmel. On Leaving, appropriately enough, demands our leaving, our abandonment, of the Emerson we thought we knew.”—Ross Posnock, Columbia University