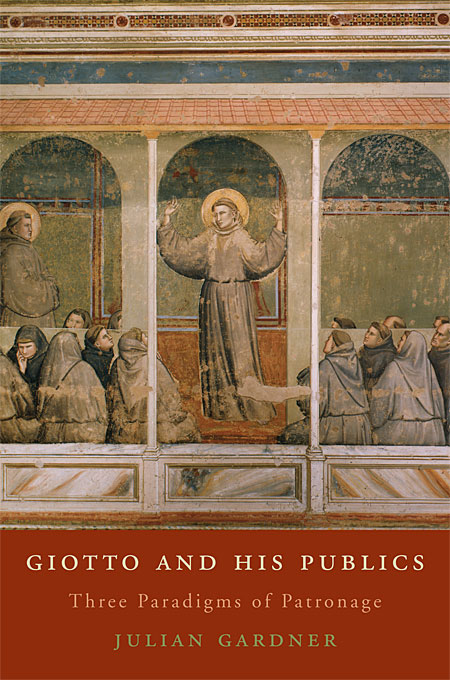 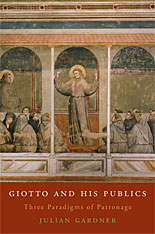 Giotto and His Publics

This probing analysis of three works by Giotto and the patrons who commissioned them goes far beyond the clichés of Giotto as the founding figure of Western painting. It traces the interactions between Franciscan friars and powerful bankers, illuminating the complex interplay between mercantile wealth and the iconography of poverty.

Political strife and religious faction lacerated fourteenth-century Italy. Giotto’s commissions are best understood against the background of this social turmoil. They reflected the demands of his patrons, the requirements of the Franciscan Order, and the restlessly inventive genius of the painter. Julian Gardner examines this important period of Giotto’s path-breaking career through works originally created for Franciscan churches: Stigmatization of Saint Francis from San Francesco at Pisa, now in the Louvre, the Bardi Chapel cycle of the Life of St. Francis in Santa Croce at Florence, and the frescoes of the crossing vault above the tomb of Saint Francis in the Lower Church of San Francesco at Assisi.

These murals were executed during a twenty-year period when internal tensions divided the friars themselves and when the Order was confronted by a radical change of papal policy toward its defining vow of poverty. The Order had amassed great wealth and built ostentatious churches, alienating many Franciscans in the process and incurring the hostility of other Orders. Many elements in Giotto’s frescoes, including references to St. Peter, Florentine politics, and church architecture, were included to satisfy patrons, redefine the figure of Francis, and celebrate the dominant group within the Franciscan brotherhood.