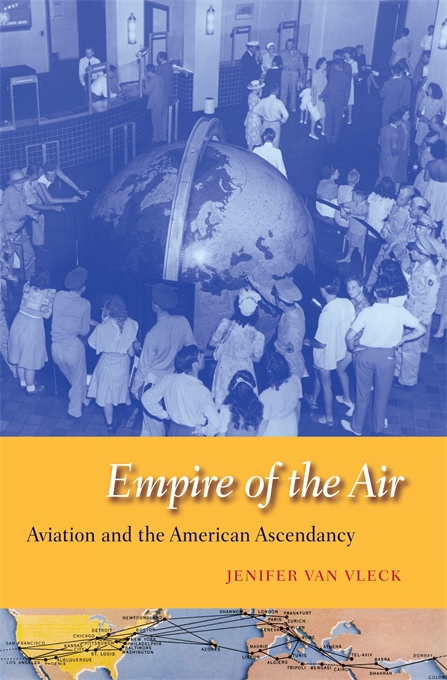 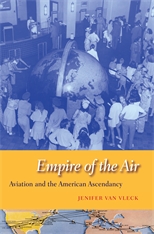 Empire of the Air

Aviation and the American Ascendancy

From the flights of the Wright brothers through the mass journeys of the jet age, airplanes inspired Americans to reimagine their nation’s place within the world. Now, Jenifer Van Vleck reveals the central role commercial aviation played in the United States’ rise to global preeminence in the twentieth century. As U.S. military and economic influence grew, the federal government partnered with the aviation industry to carry and deliver American power across the globe and to sell the very idea of the “American Century” to the public at home and abroad.

Invented on American soil and widely viewed as a symbol of national greatness, the airplane promised to extend the frontiers of the United States “to infinity,” as Pan American World Airways president Juan Trippe said. As it accelerated the global circulation of U.S. capital, consumer goods, technologies, weapons, popular culture, and expertise, few places remained distant from the influence of Wall Street and Washington. Aviation promised to secure a new type of empire—an empire of the air instead of the land, which emphasized access to markets rather than the conquest of territory and made the entire world America’s sphere of influence.

By the late 1960s, however, foreign airlines and governments were challenging America’s control of global airways, and the domestic aviation industry hit turbulent times. Just as the history of commercial aviation helps to explain the ascendance of American power, its subsequent challenges reflect the limits and contradictions of the American Century.