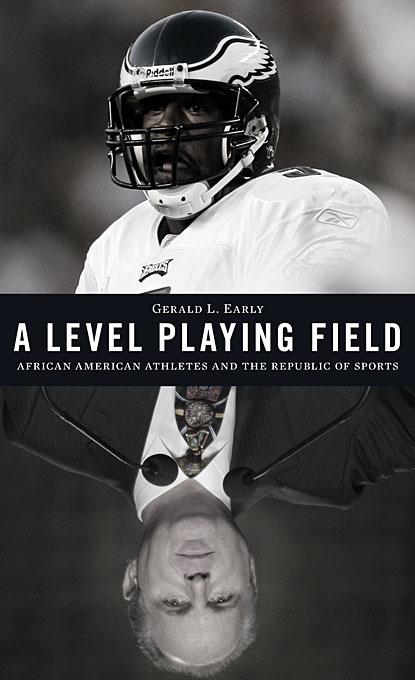 African American Athletes and the Republic of Sports

As Americans, we believe there ought to be a level playing field for everyone. Even if we don’t expect to finish first, we do expect a fair start. Only in sports have African Americans actually found that elusive level ground. But at the same time, black players offer an ironic perspective on the athlete-hero, for they represent a group historically held to be without social honor.

In his first new collection of sports essays since Tuxedo Junction (1989), the noted cultural critic Gerald Early investigates these contradictions as they play out in the sports world and in our deeper attitudes toward the athletes we glorify. Early addresses a half-century of heated cultural issues ranging from integration to the use of performance-enhancing drugs. Writing about Jackie Robinson and Curt Flood, he reconstructs pivotal moments in their lives and explains how the culture, politics, and economics of sport turned with them. Taking on the subtexts, racial and otherwise, of the controversy over remarks Rush Limbaugh made about quarterback Donovan McNabb, Early restores the political consequence to an event most commentators at the time approached with predictable bluster.

The essays in this book circle around two perennial questions: What other, invisible contests unfold when we watch a sporting event? What desires and anxieties are encoded in our worship of (or disdain for) high-performance athletes?

These essays are based on the Alain Locke lectures at Harvard University’s Du Bois Institute.