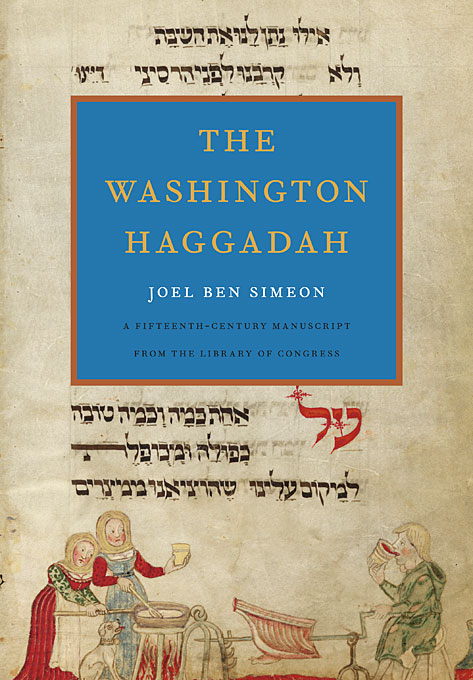 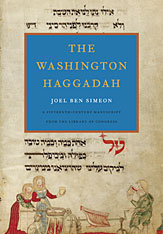 After the Bible, the Passover haggadah is the most widely read classic text in the Jewish tradition. More than four thousand editions have been published since the late fifteenth century, but few are as exquisite as the Washington Haggadah, which resides in the Library of Congress. Now, a stunning facsimile edition meticulously reproduced in full color brings this beautiful illuminated manuscript to a new generation.

Joel ben Simeon, the creator of this unusually well-preserved codex, was among the most gifted and prolific scribe-artists in the history of the Jewish book. David Stern’s introduction reconstructs his professional biography and situates this masterwork within the historical development of the haggadah, tracing the different forms the text took in the Jewish centers of Europe at the dawn of modernity.

Katrin Kogman-Appel shows how ben Simeon, more than just a copyist, was an active agent of cultural exchange. As he traveled between Jewish communities, he brought elements of Ashkenazi haggadah illustration to Italy and returned with stylistic devices acquired during his journeys. In addition to traditional Passover images, realistic illustrations of day-to-day life provide a rare window into the world of late fifteenth-century Europe.

This edition faithfully preserves the original text, with the Hebrew facsimile appearing in the original right-to-left orientation. It will be read and treasured by anyone interested in Jewish history, medieval illuminated manuscripts, and the history of the haggadah.