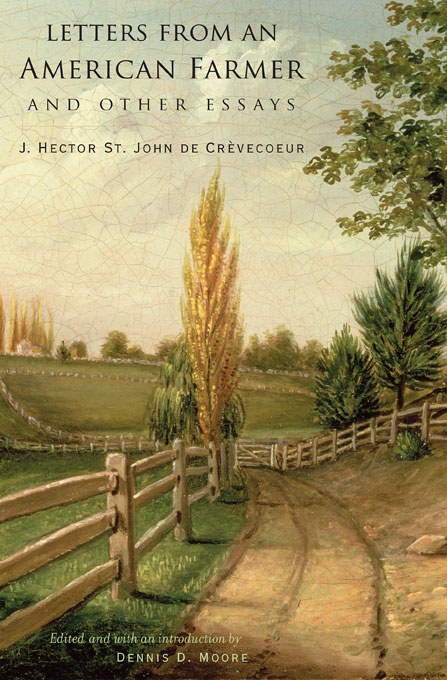 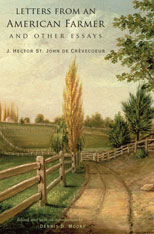 Letters from an American Farmer and Other Essays

“No one has better stated what Americans have most wanted to believe about themselves and their society. Crèvecoeur seems especially persuasive because he claimed to be a common American farmer—a pose rendered plausible by his richly detailed and affectionate descriptions of nature and rural work. But Crèvecoeur was no mere celebrator of American materialism. He understood that abundance could corrupt as well as liberate. Nor was he any champion of rugged individualism. He regarded social bonds as essential to sustained prosperity in the new land… No champion of competitive individualism, Crèvecoeur regarded unity, mutuality, sociability, and equality as essential to healthy communities and their families… Crèvecoeur concluded that American abundance did not automatically lead to American freedom and equality… Most readers know Crèvecoeur only from his famous third letter with its sunny optimism. That selective reading creates a misleading impression of his entire work, which ripens into a long expose of the American Revolution as brutal, divisive, and hypocritical. Often misread as a champion of American independence and democracy, Crèvecoeur instead mourned the demise of British America. In its full arc, Letters reveals a descent into political madness: it better resembles Heart of Darkness than Rebecca of Sunnybrook Farm.”—Alan Taylor, The New Republic

“Moore has compiled a more complete, authoritative collection of the works of French-born, naturalized American writer J. Hector St. John de Crèvecoeur than has heretofore been available… This collection offers the 12 letters originally included in the 1782 and 1783 London editions of Letters from an American Farmer, five of Crévecouer’s essays that were never published until 1995, and eight other short works. Moore provides a wide-ranging introduction in which he describes in broad strokes the ways in which the newly appended essays may affect an understanding of Crévecouer and his literary goals. Overall, the additional essays provide an illuminating context in which to read Crévecouer’s major work.”—G.D. MacDonald, Choice

“Dennis Moore’s new edition of the writings of J. Hector St. John de Crèvecoeur makes available, for the first time to the wider public, both canonical and less well-known archival materials by this classic and foundational early American author. The result is a Crèvecoeur who is notable less for his provincial agrarianism and more for a cosmopolitanism that is deeply engaged with the global implications of the American hemisphere in world history and literature. Moore’s introduction and edition are both scholastically impeccable and immensely readable, making this book useful for teaching and invaluable to scholarship.”—Ralph Bauer, University of Maryland

“Moore’s edition supplants earlier versions of this foundational early American text. Moore’s graceful introduction deftly weaves together both traditional and emergent interpretations of Crèvecoeur, and his selection of an additional 13 essays further serves to open up new interpretive horizons and critical possibilities. Scholars of early American culture will find much to admire in this thought-provoking edition, and—without question—their students will find it an engaging and invaluable resource.”—Duncan Faherty, Queens College and the CUNY Graduate Center

“With the help of Moore’s clear, insightful introduction and the inclusion of 13 additional letters, we find in this new edition a Crèvecoeur who is deeply enmeshed in the eighteenth-century Atlantic world, and who is self-conscious about his literary aspirations; we find a Farmer James whose voice becomes more distinctive and more compelling alongside a larger set of narrators; and we find a text that is far more ambitious, more poignant, and more complex than we have been reading to date. This edition will quickly become a standard for both students and scholars of early America.”—Cristobal Silva, Columbia University