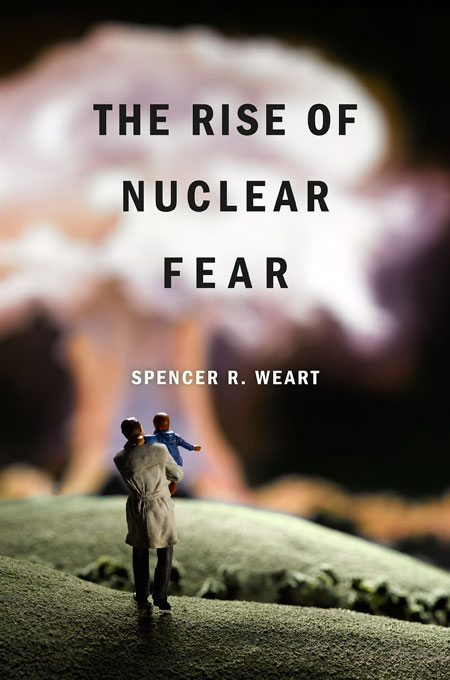 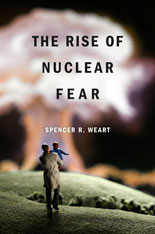 The Rise of Nuclear Fear

“[A] fascinating, insightful book… It’s a thoughtful look back at our emotional relationship not just with atomic weapons but with nuclear radiation generally, from its discovery by the Curies through Fukushima, a history of how radiation went from ‘Gee Whiz!’ to ‘OH NO!’ It is also wonderfully entertaining, as Weart weaves his story around the way radiation has been reflected in popular culture. You’ll be familiar with some of the elements of the story, amazed by others… [An] important book.”—David Ropeik, Scientific American

“Weart originally published this work in 1988 as Nuclear Fear. This revision is a far more palatable working of a history that most people of a certain age will recognize as forging their lives. It is not only impressive for its illustrative range, from movies and magazines to abstract expressionism and Nobel science, it is a page-turning tour de force with power and relevance writ in memory of Japanese fishermen aboard the Lucky Dragon and recapitulated at Fukushima. Historically framed, this sobering fantasy of very real nuclear fears in 300 documented, annotated pages, with a personalupdate, time line, and, of course, that index, is a must read.”—L.W. Fine, Choice

“Published in 1988, just two years after the catastrophic explosion at Chernobyl, Weart’s Nuclear Fear remains a classic study of the way imagery has dominated the nuclear debate. This book is a slimmed-down and revised version of the earlier 550-page volume. Its publication is well timed. The threat of global warming has brought about a second nuclear age, with even some environmentalists now accepting that nuclear energy has a role to play in a low-carbon future. But the meltdown at the Fukushima reactors may undermine that—opinion polls show that fear of all things nuclear is back to pre-1990 levels. From scientists’ fantasies of a utopian nuclear-powered White City, to anti-nuclear fears of radioactive mutated monsters, Weart reveals how our atomic dreams and nightmares form ‘one of the most powerful complexes of images ever created outside of religions.’ He argues convincingly that these potent images prevent us from facing the real issue: how are we to ‘improve world prosperity while burning less fuel?’”—P.D. Smith, The Guardian

“[This is a] streamlined history accessible to the general reader… [It] is impressive, fusing a bold argument with deep erudition in history, politics, physics, psychology, economics, art, and literature… Any future history [of nuclear energy] will have to place Weart’s arguments at the center… The Rise of Nuclear Fear is a fresh account of the nuclear age.”—Michael D. Gordon, Physics Today

“This is a wonderful book, which I can’t wait to assign to my students. It’s not a conventional history of the nuclear age, but something much more unusual and creative—an exploration of the images and emotions that nuclear weapons and power generation have inspired, from the dropping of the Bomb up to the recent crisis at the Fukushima reactor in Japan. The interplay of emotion and reason in the atomic debate of the past 100 years is handled with great sensitivity but also incisive criticism. Neither side in that debate escapes Weart’s penetrating rebuttal of their wilder claims.”—Gerard De Groot, author of The Bomb: A Life