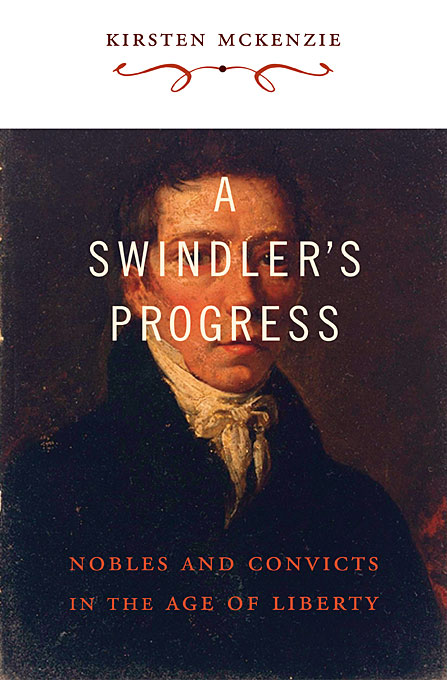 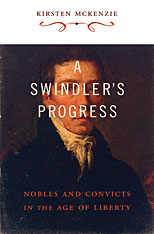 Nobles and Convicts in the Age of Liberty

In May 1835 in a Sydney courtroom, a slight, balding man named John Dow stood charged with forgery. The prisoner shocked the room by claiming he was Edward, Viscount Lascelles, eldest son of the powerful Earl of Harewood. The Crown alleged he was a confidence trickster and serial impostor. Was this really the heir to one of Britain’s most spectacular fortunes?

Part Regency mystery, part imperial history, A Swindler’s Progress is an engrossing tale of adventure and deceit across two worlds—British aristocrats and Australian felons—bound together in an emerging age of opportunity and individualism, where personal worth was battling power based on birth alone. The first historian to unravel the mystery of John Dow and Edward Lascelles, Kirsten McKenzie illuminates the darker side of this age of liberty, when freedom could mean the freedom to lie both in the far-flung outposts of empire and within the established bastions of British power.

The struggles of the Lascelles family for social and political power, and the tragedy of their disgraced heir, demonstrate that British elites were as fragile as their colonial counterparts. In ways both personal and profound, McKenzie recreates a world in which Britain and the empire were intertwined in the transformation of status and politics in the nineteenth century.