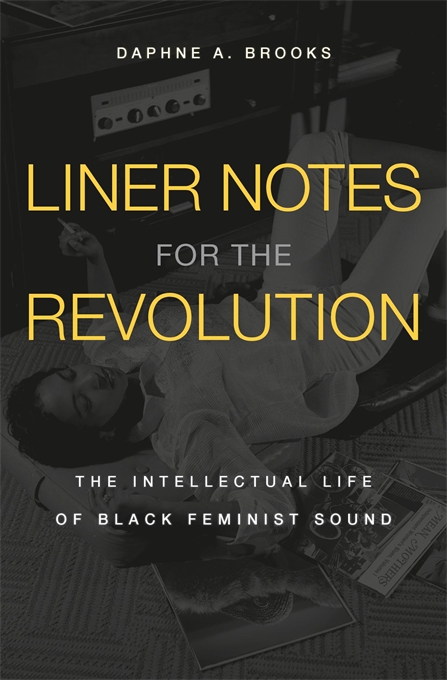 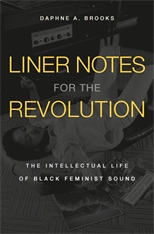 “Brooks traces all kinds of lines…inviting voices to talk to one another, seeing what different perspectives can offer, opening up new ways of looking and listening.”—New York Times

“A wide-ranging study of Black female artists, from elders like Bessie Smith and Ethel Waters to Beyoncé and Janelle Monáe…Connecting the sonic worlds of Black female mythmakers and truth-tellers.”—Rolling Stone

An award-winning Black feminist music critic takes us on an epic journey through radical sound from Bessie Smith to Beyoncé.

Daphne A. Brooks explores more than a century of music archives to examine the critics, collectors, and listeners who have determined perceptions of Black women on stage and in the recording studio. How is it possible, she asks, that iconic artists such as Aretha Franklin and Beyoncé exist simultaneously at the center and on the fringe of the culture industry?

Liner Notes for the Revolution offers a startling new perspective on these acclaimed figures—a perspective informed by the overlooked contributions of other Black women concerned with the work of their musical peers. Zora Neale Hurston appears as a sound archivist and a performer, Lorraine Hansberry as a queer Black feminist critic of modern culture, and Pauline Hopkins as America’s first Black female cultural commentator. Brooks tackles the complicated racial politics of blues music recording, song collecting, and rock and roll criticism. She makes lyrical forays into the blues pioneers Bessie Smith and Mamie Smith, as well as fans who became critics, like the record-label entrepreneur and writer Rosetta Reitz. In the twenty-first century, pop superstar Janelle Monae’s liner notes are recognized for their innovations, while celebrated singers Cécile McLorin Salvant, Rhiannon Giddens, and Valerie June take their place as cultural historians.

With an innovative perspective on the story of Black women in popular music—and who should rightly tell it—Liner Notes for the Revolution pioneers a long overdue recognition and celebration of Black women musicians as radical intellectuals.