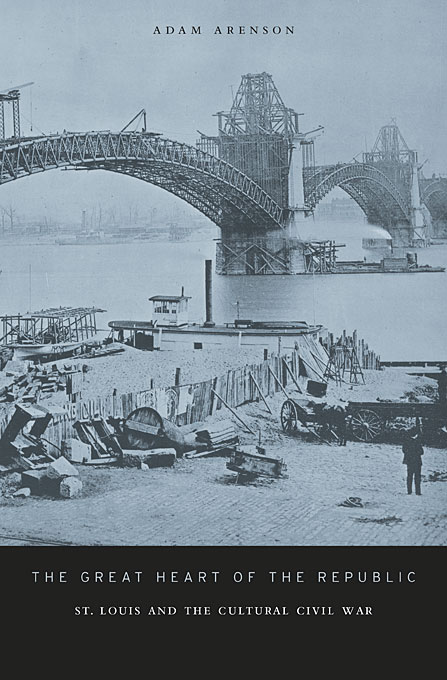 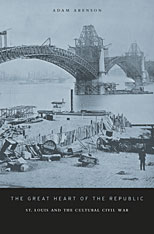 The Great Heart of the Republic

The Civil War revealed what united as well as what divided Americans in the nineteenth century—not only in its deadly military conflict, but also in the broader battle of ideas, dueling moral systems, and competing national visions that preceded and followed. This cultural civil war was the clash among North, South, and West, as their leaders sought to shape Manifest Destiny and slavery politics.

No site embodied this struggle more completely than St. Louis, the largest city along the border of slavery and freedom. In this sweeping history, Adam Arenson reveals a city at the heart of the cultural civil war. St. Louisans heralded a new future, erasing old patterns as the United States stretched across the continent. They tried to reorient the nation’s political landscape, with westerners in the vanguard and St. Louis as the cultural, commercial, and national capital. John C. Calhoun, Frederick Douglass, Walt Whitman, and John Brown tracked the progress of the cultural contest by monitoring events in St. Louis, observing how the city’s leaders tried yet ultimately failed to control the national destiny.

The interplay of local ambitions and national meanings reveals the wider cultural transformation brought about by westward expansion, political strife, and emancipation in the era of the Civil War and Reconstruction. This vibrant and beautifully written story enriches our understanding of America at a crossroads.