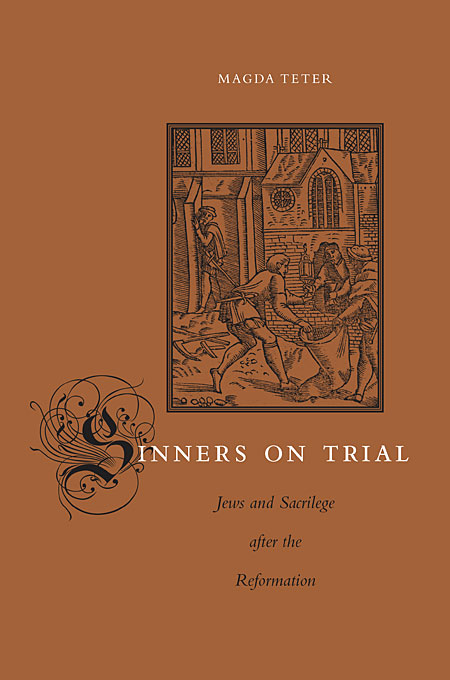 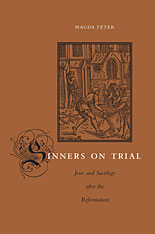 Jews and Sacrilege after the Reformation

In post-Reformation Poland—the largest state in Europe and home to the largest Jewish population in the world—the Catholic Church suffered profound anxiety about its power after the Protestant threat. Magda Teter reveals how criminal law became a key tool in the manipulation of the meaning of the sacred and in the effort to legitimize Church authority. The mishandling of sacred symbols was transformed from a sin that could be absolved into a crime that resulted in harsh sentences of mutilation, hanging, decapitation, and, principally, burning at the stake.

Teter casts new light on the most infamous type of sacrilege, the accusation against Jews for desecrating the eucharistic wafer. These sacrilege trials were part of a broader struggle over the meaning of the sacred and of sacred space at a time of religious and political uncertainty, with the eucharist at its center. But host desecration—defined in the law as sacrilege—went beyond anti-Jewish hatred to reflect Catholic-Protestant conflict, changing conditions of ecclesiastic authority and jurisdiction, and competition in the economic marketplace.

Recounting dramatic stories of torture, trial, and punishment, this is the first book to consider the sacrilege accusations of the early modern period within the broader context of politics and common crime. Teter draws on previously unexamined trial records to bring out the real-life relationships among Catholics, Jews, and Protestants and challenges the commonly held view that following the Reformation, Poland was a “state without stakes”—uniquely a country without religious persecution.