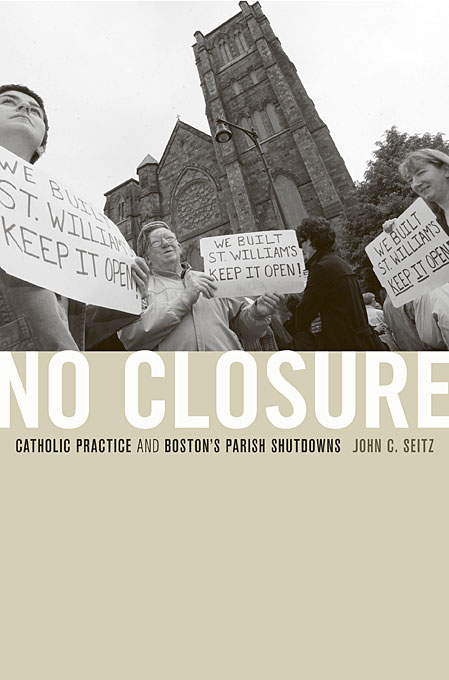 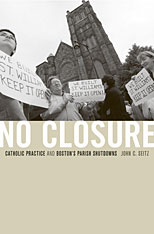 In 2004 the Roman Catholic Archdiocese of Boston announced plans to close or merge more than eighty parish churches. Scores of Catholics—28,000, by the archdiocese’s count—would be asked to leave their parishes. The closures came just two years after the first major revelations of clergy sexual abuse and its cover up. Wounds from this profound betrayal of trust had not healed.

In the months that followed, distraught parishioners occupied several churches in opposition to the closure decrees. Why did these accidental activists resist the parish closures, and what do their actions and reactions tell us about modern American Catholicism? Drawing on extensive fieldwork and with careful attention to Boston’s Catholic history, John Seitz tells the stories of resisting Catholics in their own words, and illuminates how they were drawn to reconsider the past and its meanings. We hear them reflect on their parishes and the sacred objects and memories they hold, on the way their personal histories connect with the history of their neighborhood churches, and on the structures of authority in Catholicism.

Resisters describe how they took their parishes and religious lives into their own hands, and how they struggled with everyday theological questions of respect and memory; with relationships among religion, community, place, and comfort; and with the meaning of the local church. No Closure is a story of local drama and pathos, but also a path of inquiry into broader questions of tradition and change as they shape Catholics’ ability to make sense of their lives in a secular world.