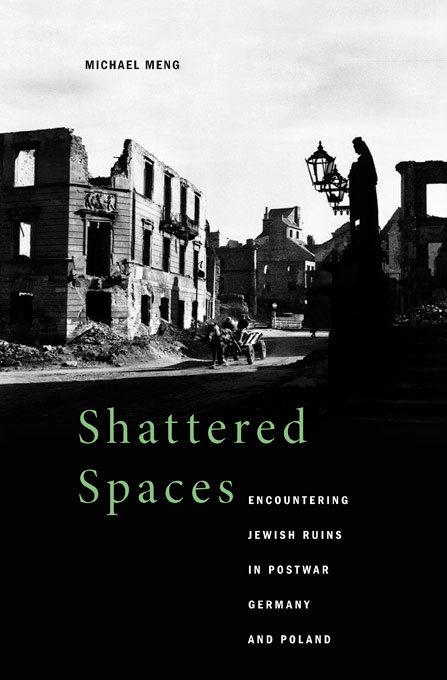 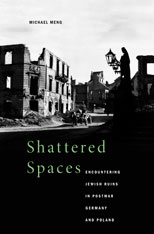 After the Holocaust, the empty, silent spaces of bombed-out synagogues, cemeteries, and Jewish districts were all that was left in many German and Polish cities with prewar histories rich in the sights and sounds of Jewish life. What happened to this scarred landscape after the war, and how have Germans, Poles, and Jews encountered these ruins over the past sixty years?

In the postwar period, city officials swept away many sites, despite protests from Jewish leaders. But in the late 1970s church groups, local residents, political dissidents, and tourists demanded the preservation of the few ruins still standing. Since the collapse of the Soviet Union in 1989, this desire to preserve and restore has grown stronger. In one of the most striking and little-studied shifts in postwar European history, the traces of a long-neglected Jewish past have gradually been recovered, thanks to the rise of heritage tourism, nostalgia for ruins, international discussions about the Holocaust, and a pervasive longing for cosmopolitanism in a globalizing world.

Examining this transformation from both sides of the Iron Curtain, Michael Meng finds no divided memory along West–East lines, but rather a shared memory of tensions and paradoxes that crosses borders throughout Central Europe. His narrative reveals the changing dynamics of the local and the transnational, as Germans, Poles, Americans, and Israelis confront a built environment that is inevitably altered with the passage of time. Shattered Spaces exemplifies urban history at its best, uncovering a surprising and moving postwar story of broad contemporary interest.