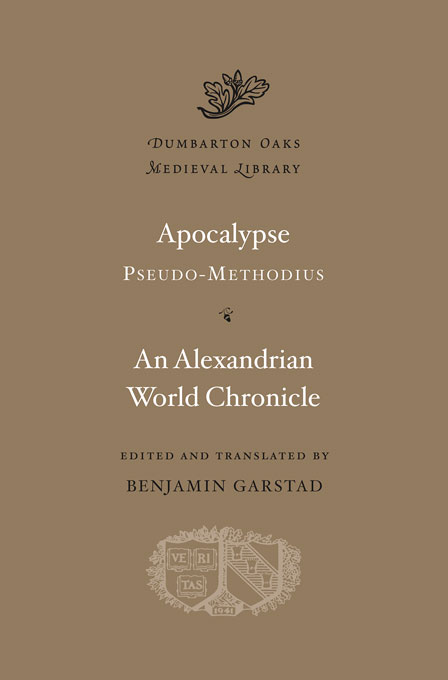 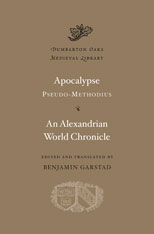 Edited and translated by Benjamin Garstad

This volume contains two texts that crossed the Mediterranean in Late Antiquity. The Apocalypse of Pseudo-Methodius was one of the first works composed in response to the Arab invasions and the establishment of the Muslim empire in the seventh century. In a matter of decades, it was translated from its original Syriac into Greek and from Greek into Latin. (Both the Greek and Latin texts are presented here.) The Apocalypse enjoyed immense popularity throughout the Middle Ages, informing expectations of the end of the world, responses to strange and exotic invaders like the Mongols and Turks, and even the legendary versions of the life of Alexander the Great. An Alexandrian World Chronicle (Excerpta Latina Barbari) was considered important by no less a humanist than Joseph Scaliger. He recognized it as a representative of an early stage in the Christian chronicle tradition that would dominate medieval historiography. The original Greek text may have been a diplomatic gift from the court of Justinian to a potential ally among Frankish royalty, translated two centuries later by the Franks themselves in their efforts to convert the pagan Saxons. In addition to presenting a universal chronicle with a comprehensive ethnography and geography, the Excerpta offer a Euhemeristic narrative of the gods and another account of Alexander.