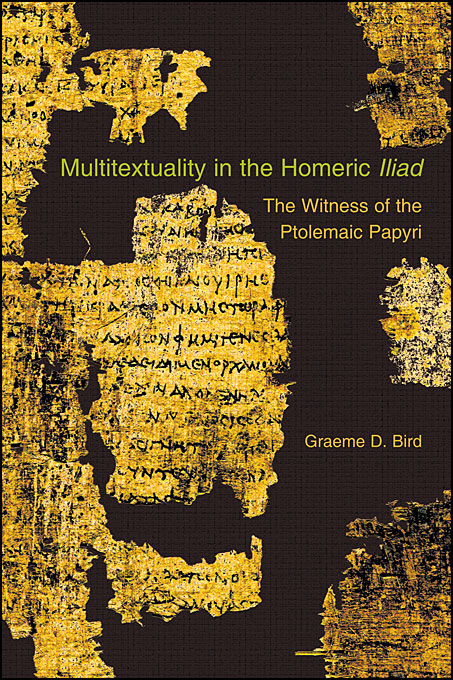 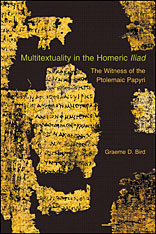 Multitextuality in the Homeric Iliad

The Witness of Ptolemaic Papyri

Graeme D. Bird examines a small group of early papyrus manuscripts of Homer’s Iliad, known as the Ptolemaic papyri, which, although fragmentary, are the oldest surviving physical evidence of the text of the Iliad, dating from the third to the first centuries BCE.

These papyri have been described as “eccentric” or even “wild” by some scholars. They differ significantly from the usual text of the Iliad, sometimes showing lines with different wording, at other times including so-called “interpolated” lines that are completely absent from our more familiar version.

Whereas some scholars denigrate these papyri because of their “eccentricity,” this book analyzes their unusual readings and shows that in fact they present authentic variations on the Homeric text, based on the variability characteristic of oral performance.