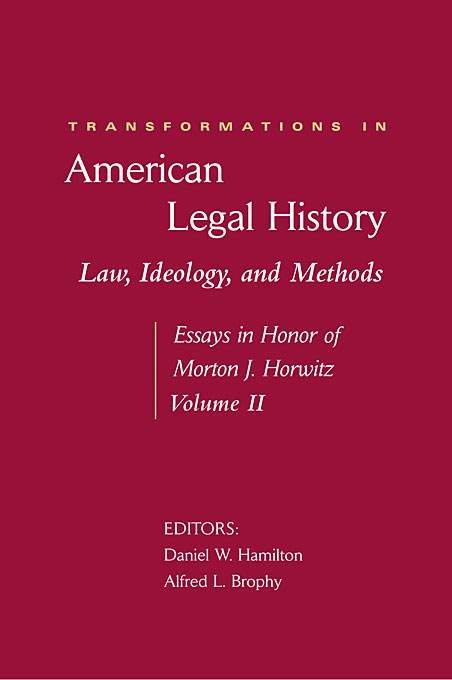 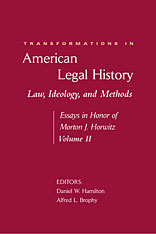 Over the course of his career at Harvard, Morton Horwitz changed the questions legal historians ask. The Transformation of American Law, 1780–1860 (1977) disclosed the many ways that judge-made law favored commercial and property interests and remade law to promote economic growth. The Transformation of American Law, 1870–1960 (1992) continued that project, with a focus on ideas that reshaped law as we struggled for objective and neutral legal responses to our country’s crises. In more recent years he has written extensively on the legal realists and the Warren Court.

Following an earlier festschrift volume by his former students, this volume includes essays by Horwitz’s colleagues at Harvard and those from across the academy, as well as his students. These essays assess specific themes in Horwitz’s work, from the antebellum era to the Warren Court, from jurisprudence to the influence of economics on judicial doctrine. The essays are, like Horwitz, provocative and original as they continue his transformation of American legal history.